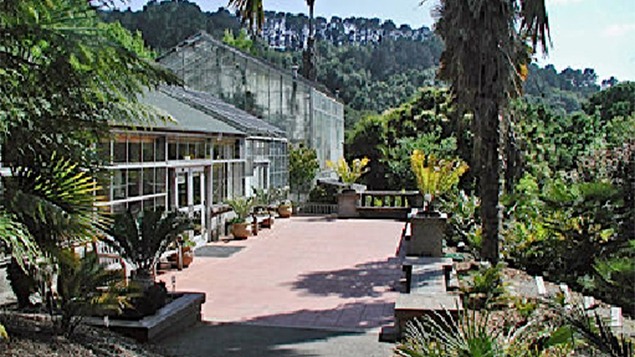 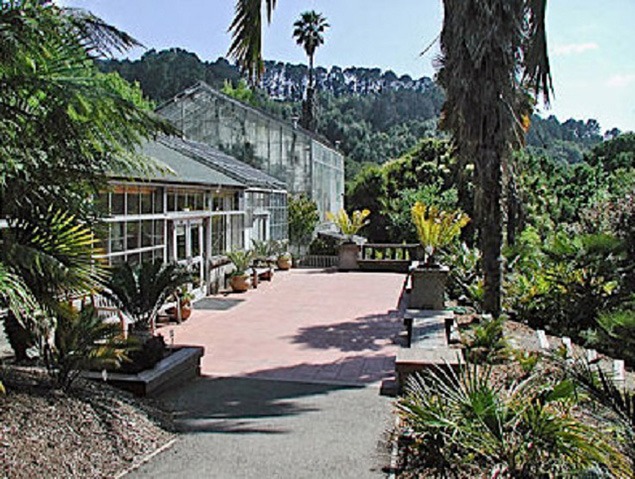 The entrance of the UC Berkeley Botanical Garden in Strawberry Canyon above the university campus.

The University of California Berkeley’s Botanical Garden was founded in 1890 and has a mission statement not unlike that of our own CA+E: “To develop and maintain a diverse living collection of plants to support teaching and worldwide research in plant biology, further the conservation of plant diversity, and promote public understanding and appreciation of plants and the natural environment.” The garden is a living archive and library that holds more than 13,000 specimen s from around the world, uniquely situated by region within 34 acres.

As part of its ever-increasing outreach efforts, the garden has initiated an art program curated by artists Mary Anne Friel and Shirley Watts, which kicked off earlier this month with a symposium, “Natural Discourse: Culture and Ecology.” As Chris Carmichael, the Associate Director of Collections and Horticulture, put it: “Gardens are a confluence of people, plants, and site.” Add the term art and you have the idea for the new program. In addition to Friel and Watts, the participating artists are Todd Gilens, Nadia Hironaka, Andrew Kudless, Denise Newman, Deborah O’Grady, Ronald Rael, Virginia San Fratello, Matt Suib, Hazel White, Gail Wight and Nami Yamamoto. 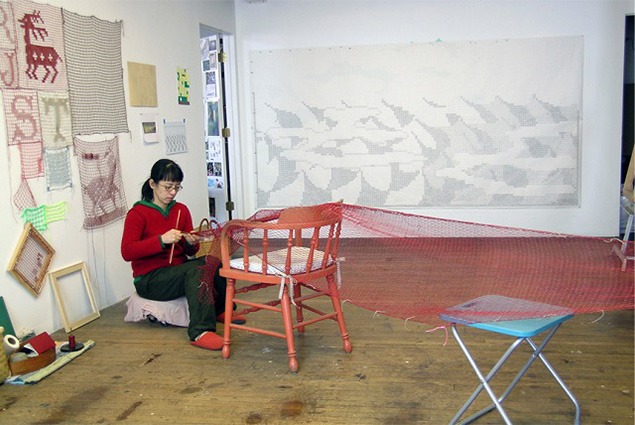 Among the projects that caught my attention were the fog catchers being laced by Philadelphia-based artist Name Yamamoto. Created out of waxed red string, the artist laces images onto grids that are then stretched out in the redwood grove of the garden. She explained the current image to me as being based on a legend told her as a child about the wizard Sennin, who lives forever and is sustained only by the fog that penetrates the mountains where he resides each evening. The story res onated with Yamimoto, who saw the California Redwoods as likewise being immortals deriving water from the Pacific fogs rolling over Berkeley.

Like the architectural structures of the Fog Garden designed by Rodrigo Perez de Arcy of Santiage that we exhibited this last fall in the Museum, Yamimoto’s work is both an artwork and a functional fog catcher. While they are a visual device to bring new visitors to the garden, as well as slow down your attention in the grove, the lace of string helps water the trees, thus lowering their irrigation needs from the garden’s limited supplies. 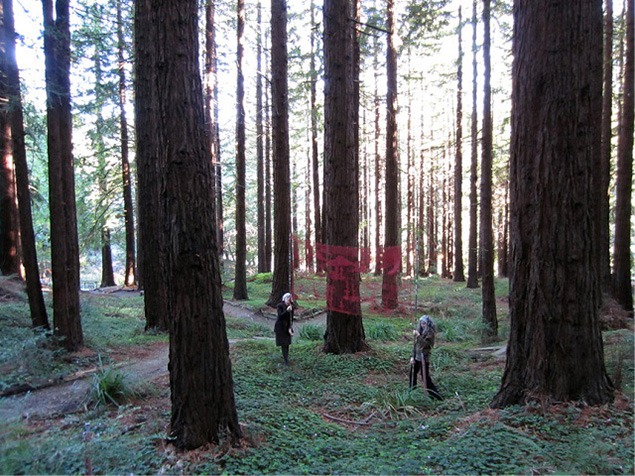 Stretching the fog catcher in the redwood grove at the UC Botanical Garden. Image courtesy of Nami Yamamoto.