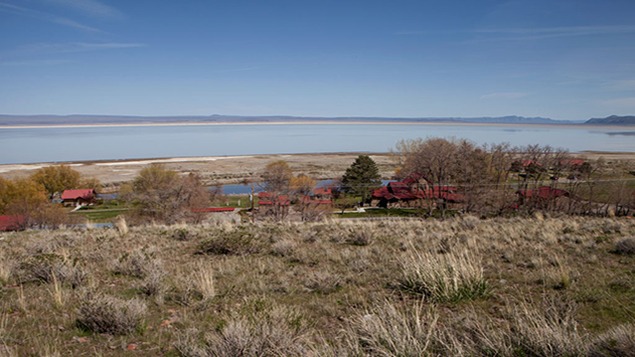 Winter Ridge and Summer Lake: A Writing Residency at Playa

The Playa residency program for artists, writers, and scientists sits just above the shoreline of seasonal lake encountered by John C. Frémont in 1843 when he first entered what he would soon thereafter describe as the Great Basin. Riding eastward from the Cascades, he stopped at the edge of high snowy ridge. Below a large and green-fringed lake beckoned. He named his frigid viewpoint Winter Ridge, and the water below Summer Lake.

This part of southeastern Oregon, a five hour drive north-northeast of Reno, is volcanic rim country, each basin separated by mountains and lava palisades. Rock art and lithic scatter, among other evidence, show that humans have been here for more than 14,000 years, and important archaeological sites dot the area. Playa is a former hunting lodge with a dozen or so buildings ringing the grassy core of the 55-acre property. Most of the cabins are perched two over large ponds that are hemmed in by reeds, grasses, and brush. Beyond that is the ever-changing slate of the playa, water coming and going with the storms. 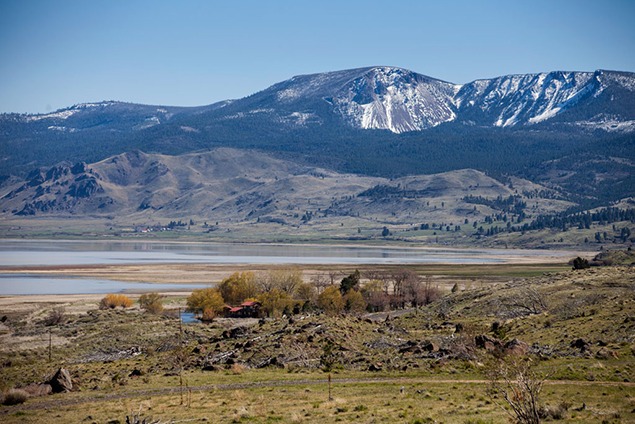 The red-topped buildings of Playa are scattered around a grassy sward, the land well-watered by local springs. Photo by Philip Zimmermann.

Since opening as a residency program in 2011, more than 150 people have worked here on poems, essays, paintings, photographs and more. Because it sits on the edge of what in spring becomes a very large blank slate, ephemeral installations appear and disappear along with more permanent gestures left on the property. I’m finishing up a ten-day visit during which I’ve mostly worked on poems, something I seldom get to do these days. I watch the muskrats and ducks and grebes swim below, the geese and swans and cranes fly overhead. And I watch the changing light on the hundreds of basaltic rocks arranged by Rebecca Davis and Roger Asay into “Black Diamond” on the edge of the playa. The rocks are spaced and sorted by size so that the work shifts in color, shape, and size relative to the time of day, the angle of light.

Deborah Ford, the photographer who directs Playa, and who formerly managed the Ucross residency program, shows me images of other recent works. Paul Catanese, a media artist from Chicago, made a series of drone flights in order to photograph his test targets for a thought experiment: how large would an artwork on Earth have to be to be visible from the Moon? The Great Wall of China wouldn’t cut it—the lines would have to be sixty miles wide. His ultra-high resolution panoramic aerials, which feature test targets next to local buildings and landmarks, being to redefine what we mean by space on the desert. 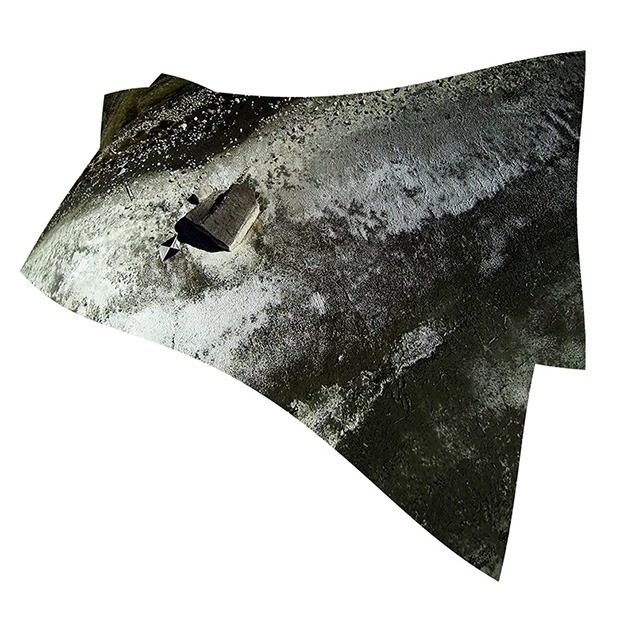 Paul Catanase, from the series “Visible from Space,” 2014. Courtesy of the artist.

I’m also impressed with the large paintings by Montana artist Sandra Dal Poggetto, who worked on her canvases stretched out on the playa, versus in the studio. The works incorporate materials found on site, as much part of the landscape as a picture of and from it. 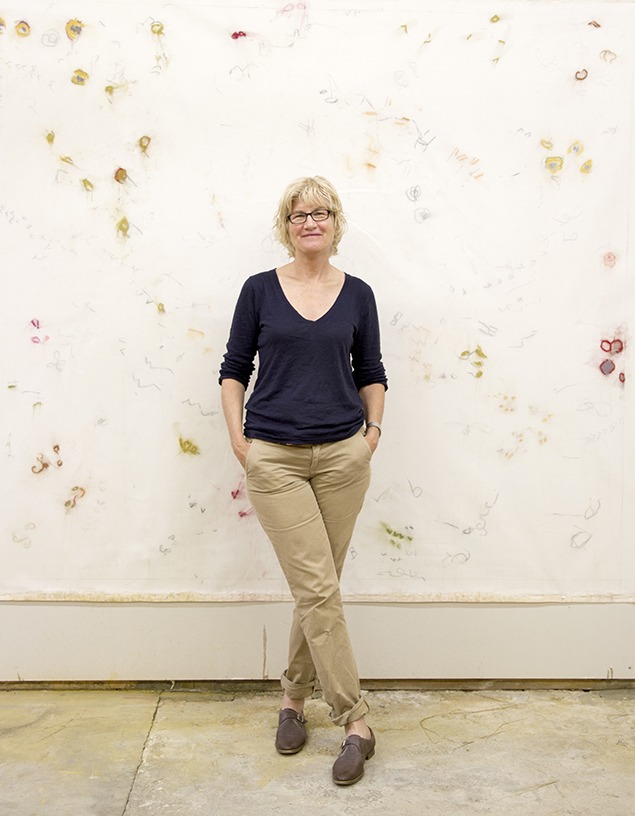 If I had time, I’d go out looking for the elegant little handheld copper boxes made by Joseph McShane from Prescott Arizona, and placed outside around the valley in 2014 for anyone to find. The work is titled “The Presence of Absence,” the total dimension of the series comprising the circumference of the lake basin.

The variety of works made here—including poems by CA+E Research Fellows David Abel and Charles Hood—is typical of residency programs around the country. These nonprofits offer time to “work away from work” for many of us, but they’ve also have become de facto post-graduate research opportunities for many artists who have recently earned MFAs. What makes Playa stand out is not just the unique circumstance of an intermittently dry lakebed and isolation, but also the inclusion of working field scientists who need time to write, as well as conduct research on the local ecosystem.

Anyone interested in finding out more should visit: www.www.playasummerlake.org

And with that, it’s time for me to pack and drive back to Reno in time to catch a plane to Melbourne, where I’ll be keynoting Climarte, a huge event of multiple lectures, seminars, and exhibitions about the role art and artists play in understanding and coping with global change. More from Australia soon!