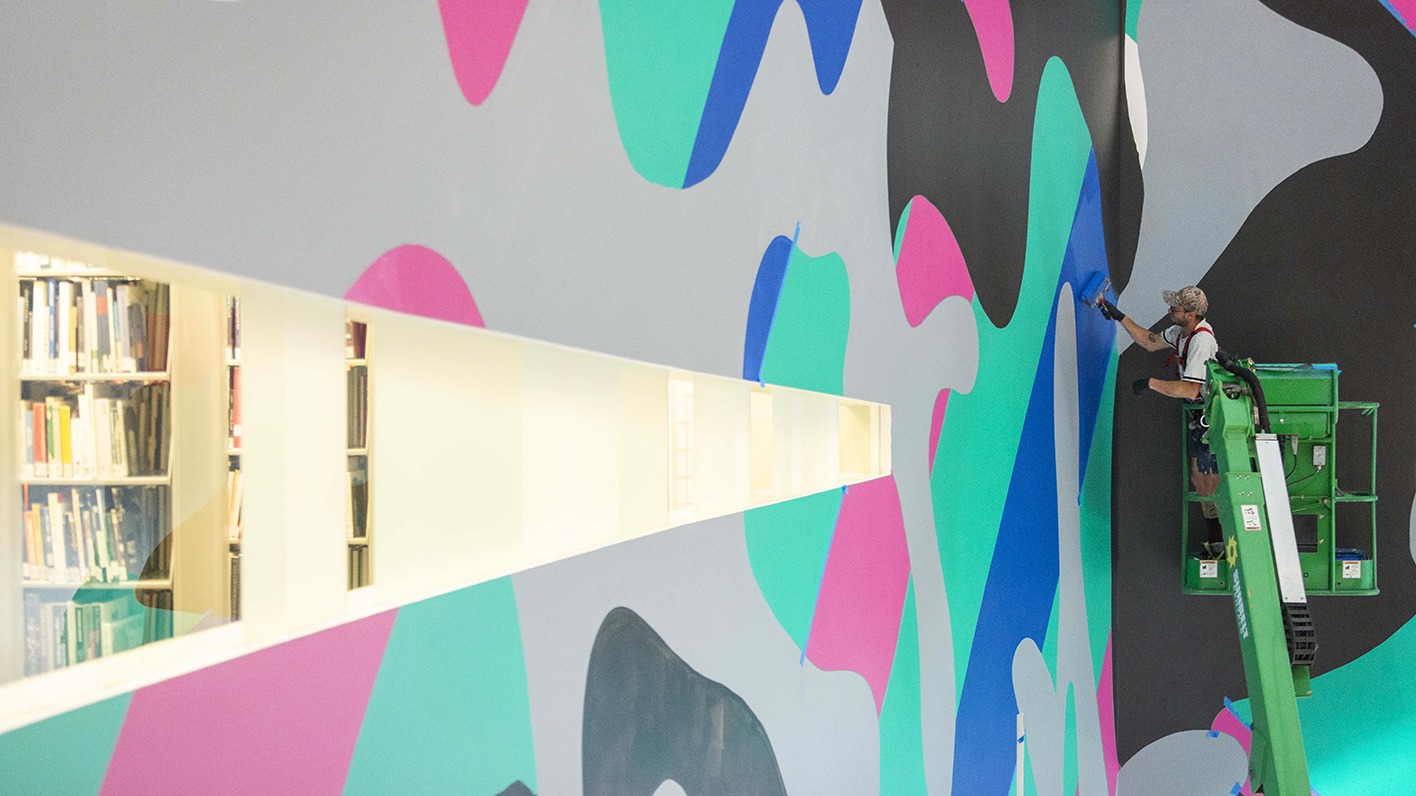 Reko Rennie:
Always Was Always Will Be

Reko Rennie (Gamilaroi/Gamilaraay people) was born in 1974 in Melbourne, Australia, where he lives today. Rennie explores his Aboriginal identity through a broad array of media, including spray paint, prints, sculpture, paste-ups, light projections and site-specific installations. Through his art he provokes discussion surrounding Indigenous culture and identity in contemporary urban environments. Largely autobiographical, his commanding works combine the iconography of his heritage with stylistic elements of graffiti.

Merging traditional diamond-shaped designs, hand-drawn symbols and repetitive patterning to subvert romantic notions of Aboriginal identity, Rennie often uses camouflage patterns to reference the ways in which Aboriginal people have had to hide, blend in, and conceal their identity.

In Australia, Always Was Always Will Be is a familiar and important protest chant, often used by Aboriginal people in demonstrations. The phrase adapted by Rennie as the title of this site-specific mural serves as a reminder that Australia was, and always will be, Aboriginal land. Says the artist, “It’s an important reminder, and also an acknowledgment to the communities of the Washoe, Paiute, and Western Shoshone, who call the Great Basin home.”

Reno-based mural artist Erik Burke assisted Rennie with the realization of Always Was Always Will Be.