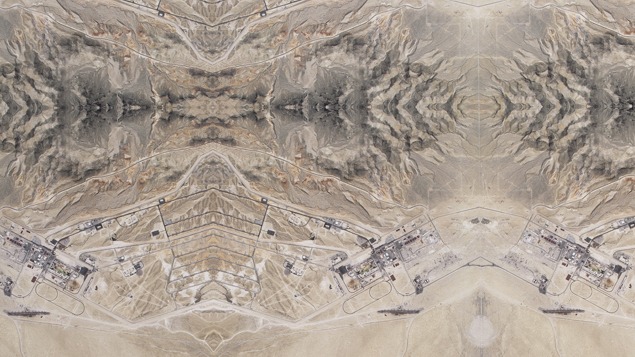 The original image—before Zittel repeated and replicated it—shows a large-scale military campus intersecting with the wide-open desert landscape, exposing the infrastructure of a site that is presumably off-limits to the general public.

By converting an image of an American military base into custom-designed wallpaper, Zittel metaphorically transforms a highly-charged landscape into pure aesthetic decoration and encourages a different way of viewing and thinking about the world.

Collection of the Nevada Museum of Art,