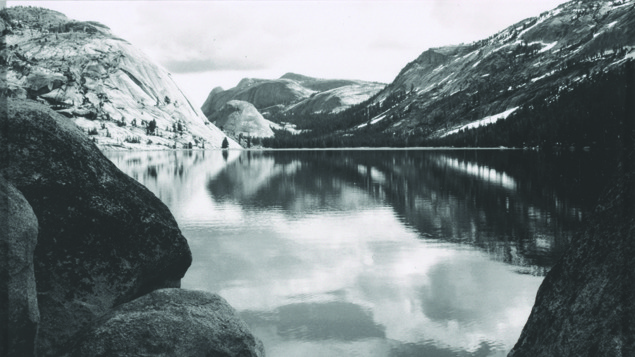 A renowned photographer and social activist, Ansel Adams is recognized as one of America’s foremost photographers. His view of America, produced in over half-a-century of imagery, invites viewers to reexamine the world—from the most intimate details in nature to the broadest of landscapes. Most importantly, Adams’ work helped to establish photography as a truly legitimate art form, inspiring new ways of seeing and communicating.

Born in San Francisco in 1902, Adams took his first photograph of the Yosemite Valley at the age of fourteen. In his autobiography he writes of the experience, “The splendor of Yosemite burst upon us and it was glorious. One wonder after another descended upon us. I recall not only the colossal but the little things: the grasses and ferns, cool atriums of the forest. There was light everywhere. A new era began for me.” This childhood experience continued to inspire his work throughout his lifetime until his death in 1984.

Drawn from the art collection of Bank of America, this exhibition includes thirty of Adams’ most iconic photographs.

Bank of America Art in our Communities Program