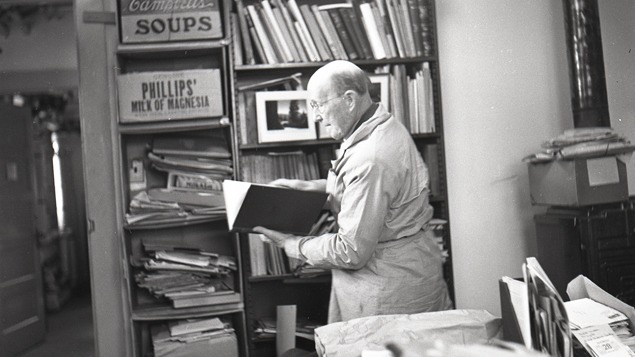 Art, Science, and the Arc of Inquiry:
The Evolution of the Nevada Museum of Art

Organized on the occasion of the Nevada Museum of Art’s 80th anniversary in 2011, this special exhibition will celebrate the institution’s early founders, Dr. James Church, Charles Cutts, and volunteer members of the Latimer Art Club, revealing how their vision for a regional art gallery evolved into the robust and vigorous institution that the Museum is today.

The Nevada Museum of Art’s founding was championed eighty years ago by Dr. James Church, a University of Nevada, Reno humanities professor and early climate scientist who established the first snow laboratory in the world in the Sierra Nevada during the early 20th century. The interdisciplinary interests of Dr. James Church were widely felt during the earliest years of the institution’s founding. This philosophy continues to foster the dynamic and multidimensional public programs and open dialogue offered by the Museum today.

The exhibition traces eighty years of this unique focuson art and science up until the 2009 founding of the Center for Art + Environment (CA+E)—the only museum-based art research institute in the world devoted to the support and study of how people perceive and interact with their natural, built, and virtual environments. The CA+E encourages the creation of new artworks, convenes artists, scholars, and communities to document, research, and analyze artworks, and increases public knowledge of these creative and scholarly endeavors.