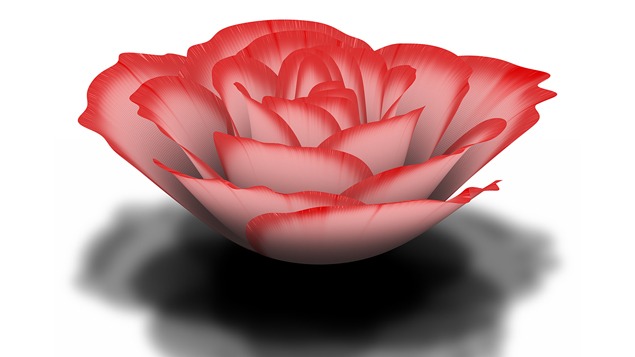 Mathematics and art are intimately linked in the innovative work of Nevada artist Ben Hoffman. Having always been interested in mathematical parallels to the world he sees around him, Hoffman began investigating techniques for math visualizations several years ago. Hoffman calls his method of artmaking “the Cartesian Medium,” a term he coined himself.

The mathematics behind Hoffman’s visualizations normally consists of a large number of fairly simple mathematical elements that are layered together to create the result he desires. Hoffman’s final equations ultimately describe the images by defining quantifiable elements such as position and color.