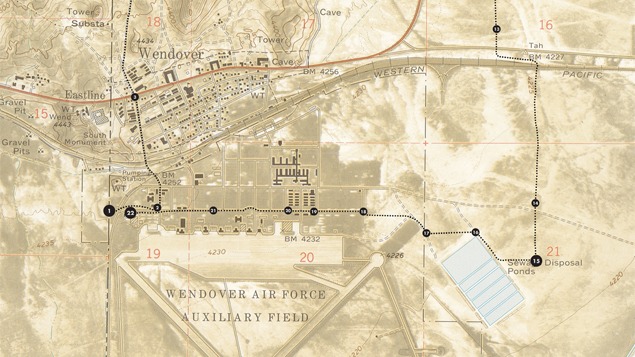 Using a GPS unit and a compass, New Mexico-based artist Bill Gilbert attempts to walk carefully pre-determined routes in both space and time across landscapes in the American West. His carefully-made plans are invariably disrupted by the realities of terrain and the limitations of the human body. In the tradition of British artists such as Richard Long and Chris Drury, Gilbert’s “Physiocartography” performances chart the distance between the map and the terrain, and are documented in drawings, video, and audio recordings.