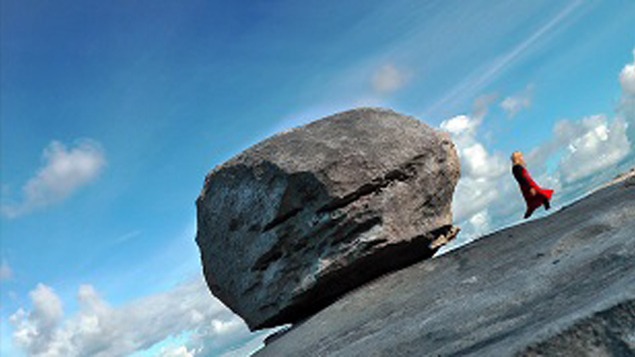 Cecelia Condit:
Within a Stone’s Throw

Appearing variously as a girl, young adult, and older woman in the video, the artist as actor surveys the dramatic landscape, her movements and the video’s time/space shifts alluding to the unfolding of human and geologic time.