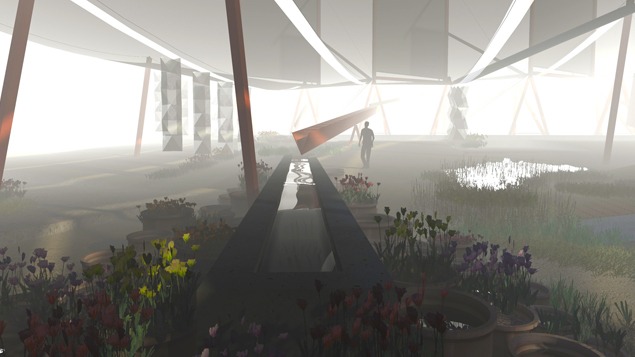 Fog Garden:
The Architecture of Water

People have been using dew from fog as a source of drinking water for centuries, but it wasn’t until the 1950s that scientists in Chile and elsewhere began measuring the moisture content of clouds and designing structures to collect it. During the last five years, several groups of architects have been testing small models of fog collectors in the Atacama Desert, a place where it has not rained in recorded history, and fog is the only source of moisture.

Working with the Atacama Desert Center and students from the Catholic University in Santiago, architect Rodrigo Pérez de Arce is overseeing the creation of models for a large-scale complex of structures, The Fog Garden, that would collect enough water to both support a garden and satisfy the needs of a nearby village. This exhibition is the first time these structures have been displayed, and along with sample building materials and documentation, form an archive that is important to artists, architects, and scientists.