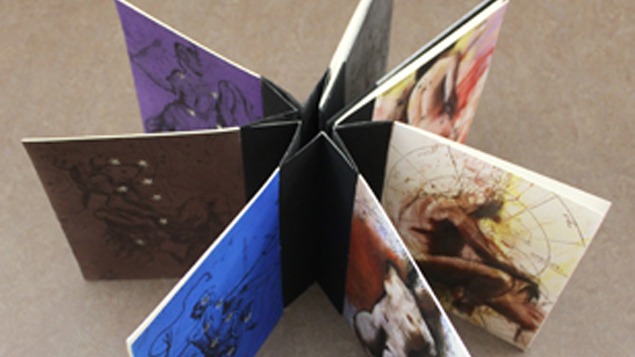 For Your Eyes Only

For Your Eyes Only is an exhibition of artist’s books that explores the structural possibilities of the book, and includes works by artists and printers Julie Chen, Tim Ely, Peter Koch, Eunkang Koh, Patti Scobey, Barbara Tetenbaum, and more.

As long as there have been books, artists have been experimenting with the form of their construction. In the latter half of the 20th century, techniques in the visual arts and traditions in the art of the book from the previous century onwards met, mingled, and hybridized, resulting in the broad and energetic genre known as the artist’s book. This collision has resulted in an amazing array of beautiful, delightful, and downright strange books that are folded, cut, glued, and otherwise modified to make objects that are often more sculptural than text to be read.