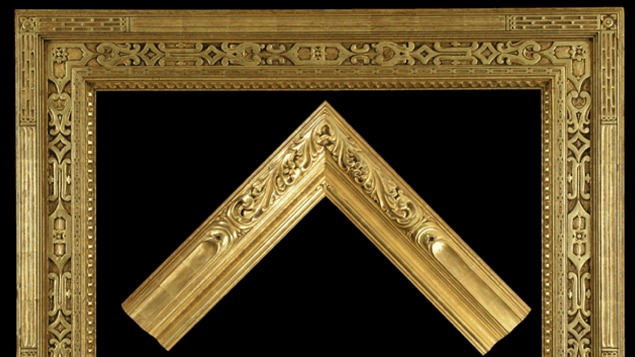 In this first-ever frame exhibition, the Nevada Museum of Art will partner with northern Nevada craftsman Greg Drinkwine, a master frame-maker who has been hand-carving frames from his studio in Genoa, Nevada since 2005. As designers and makers of hand-carved, gilded frames, Drinkwine and his team are dedicated to making superior quality frames using centuries-old techniques and only the finest materials including 22 carat gold. Drinkwine is often called upon by arts industry specialists to design and carve period frames when a painting’s original frame is no longer extant. Among his clients are the Crocker Art Museum in Sacramento and the Coeur D’Alene Art Auction, both of which require museum-quality frames for the artworks in their collections.

Drinkwine specializes in making frames from the late-nineteenth through early twentieth century—an era popularly known as the Arts and Crafts period. Creating a frame requires more than just the technical skills of a craftsman; only after hours of research and study of original notes, blueprints, and plans, can a replica frame be hand carved. For this exhibition, Drinkwine will carve frames representative of those once made by well-known frame makers such as James McNeil Whistler, Stanford White, Herman Dudley Murphy, Arthur and Lucia Matthews, and the Taos School—among numerous others. The Nevada Museum of Art will retain five of Drinkwine’s frames for permanent collection artworks that are badly in need of historically-accurate frames.