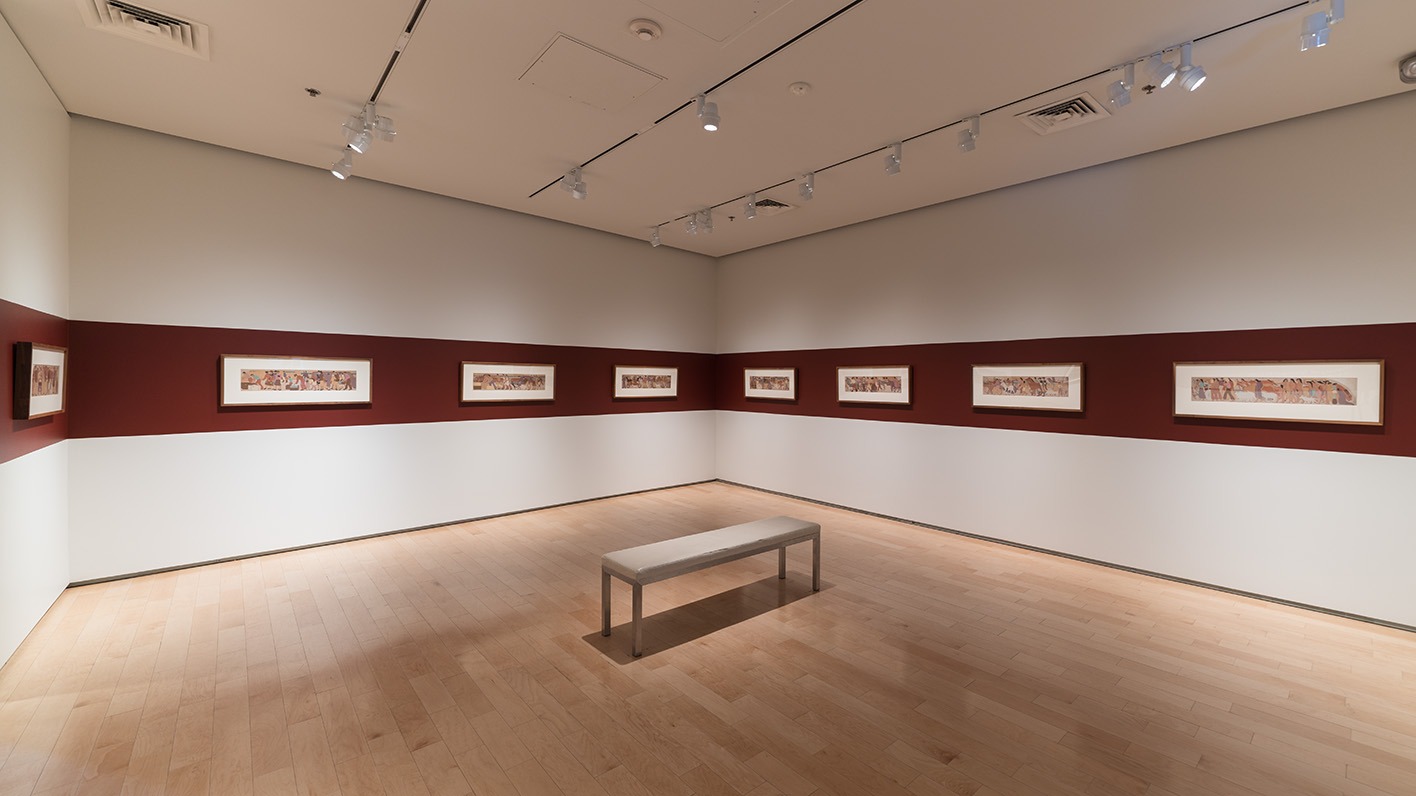 History of Transportation:
A Mural Study by Helen Lundeberg

A highlight of the E.L. Wiegand Work Ethic Collection, American artist Helen Lundeberg’s History of Transportation traces a progression of labor from the Native American era to the dawn of the airline industry in the 1940s. During the Great Depression, Lundeberg proposed her concept for a public mural celebrating the ongoing contributions of workers to society. Commissioned by the Works Progress Administration (WPA) Federal Art Project, Lundeberg’s mural was eventually constructed in the southern California city of Inglewood.