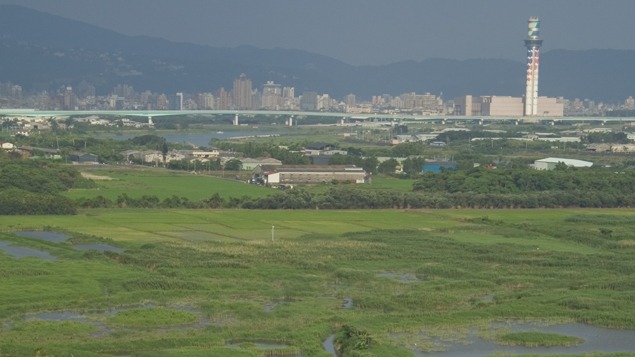 Inside/Out:
Art and Architecture in Taipei

Taipei is Taiwan’s largest city. An urban area of 6.7 million people, it is often classified as an ‘”alpha world city”, or a city considered to be a critical node in the global economy. Taipei’s urban core is surrounded by national and regional parks.

From 2006 to 2009, the Guandu International Outdoor Sculpture Festival, located within sight of downtown Taipei, selected artists to create site-specific sculptural installations in Guandu Nature Park. The artists employed sustainable and recyclable natural materials while making their work, and offered opportunities for public and volunteer participation and interaction in the park.

During this same period, Sand Helsel, a landscape architect from the Royal Melbourne Institute of Technology in Australia managed a separate project known as Taipei Operations, which investigated the ad hoc architecture of downtown Taipei.

This exhibition, drawn from materials in the CA+E Archive, reveals the ongoing and intense dialogue between natural and built environments in Taipei.

Louise A. Tarble Foundation, the Andy Warhol Foundation for the Visual Arts and the John Ben Snow Memorial Trust