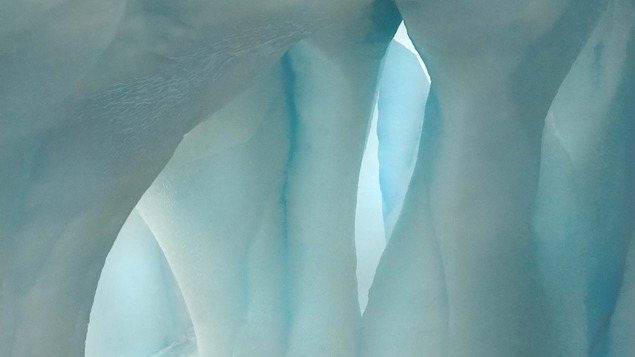 Wondrous Cold: An Antarctic Journey, an exhibition of 50 spectacular color and black-and-white digitally printed photographs, juxtaposes large panoramas of Antarctica’s beauty and desolation with scenes of wildlife, people, and the abandoned historic huts of early explorers. Smaller images document the scientists who conduct research at McMurdo and the support staff who keep the station functioning.

Organized into sections addressing with the history of polar exploration, life in the cold, scientific research, and the importance of Antarctica, the exhibition also contains introductory information and a map of the continent. Panels and labels illuminating life and work in Antarctica are supplemented by Myers’ compelling personal observations of what she describes as the world’s “most hostile continent.” Antarctica is intimidating, beautiful, and endlessly fascinating. Although the continent is the size of the United States and Mexico combined, no native population has ever survived in its harsh environment. Whaling and sealing led to temporary settlements on neighboring islands, but the exploration of the continent itself is barely a century old.