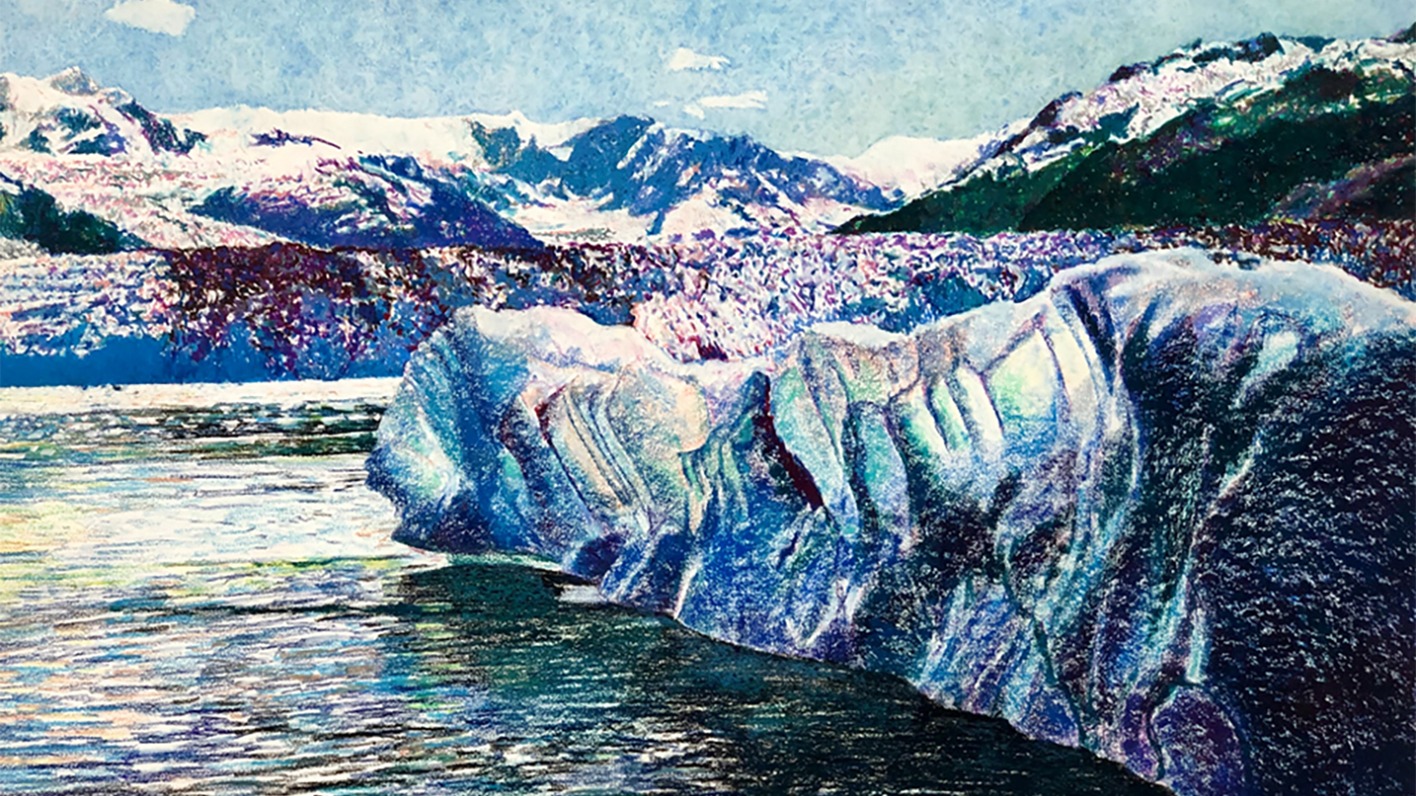 Kesler “Kes” Woodward is one of Alaska’s most renowned painters, known for his colorful paintings of northern landscapes. He taught art for two decades at the University of Alaska, Fairbanks, and is now Professor Emeritus. In 2001 he was appointed the Harriman Scholar and Expedition Artist for the 1899 Harriman Expedition Retraced, a reenactment of one of the most ambitious scientific explorations made during the 19th century.

Organized by Edward Harriman, a wealthy railroad magnate, the Harriman Expedition was a 9,000-mile exploration along the coast of Alaska. The top American experts of the day were invited, including geologists, botanists, foresters, ornithologists, paleontologists, zoologists, painters, photographers, and writers. Explorers John Muir, John Burroughs, and George Bird Grinnell, and the then-unknown photographer Edward Curtis were among the group.

In 2001 Thomas Litwin of Smith College led a trip to follow the path of the original expedition. Two dozen scientists, artists, and writers left Prince Rupert, British Columbia aboard the Clipper Odyssey, to follow Harriman’s itinerary through the Inside Passage, up the Gulf of Alaska and along the Aleutian Archipelago, then northward through the Bering Sea. Four weeks later they made their final stop in Nome, Alaska.

William Cronin, a contemporary team member and a renowned historian, noted: “What we are doing is seeing this landscape at two moments in time. We’re seeing it through that expedition in 1899 and seeing it at the beginning of the 21st Century.

Materials for this exhibition are drawn from Kes Woodward’s archive of the journey held at the Center for Art + Environment. 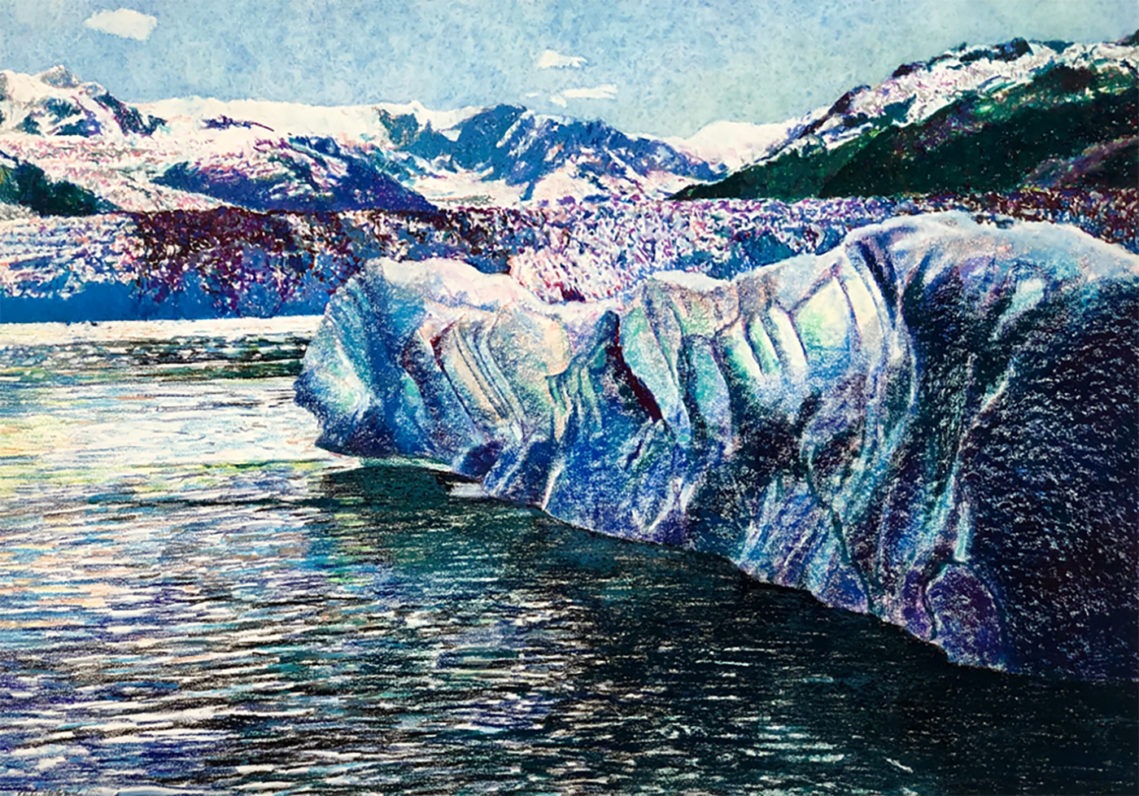