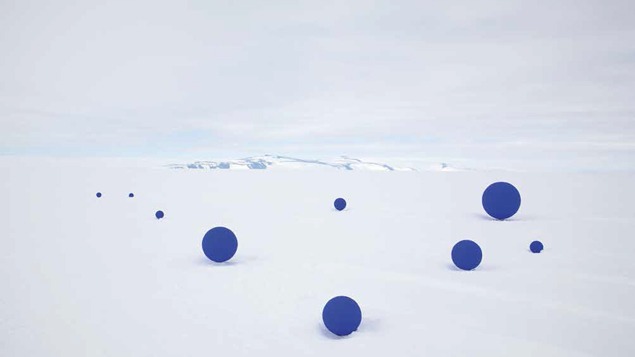 Lita Albuquerque’s Stellar Axis installation is the first large-scale artwork created in Antarctica. This milestone of contemporary land art, widely acknowledged to be both a stunning and ecologically sensitive intervention on the continent, has received international acclaim. Originally funded by the National Science Foundation, Albuquerque’s Stellar Axis was installed on the Ross Ice Shelf on December 22, 2006—concurrent with the summer Solstice in the Southern Hemisphere. This exhibition features original objects and archive materials from the 2006 project. In conjunction with the exhibition, SKIRA Rizzoli, New York will publish the first major publication on Lita Albuquerque.