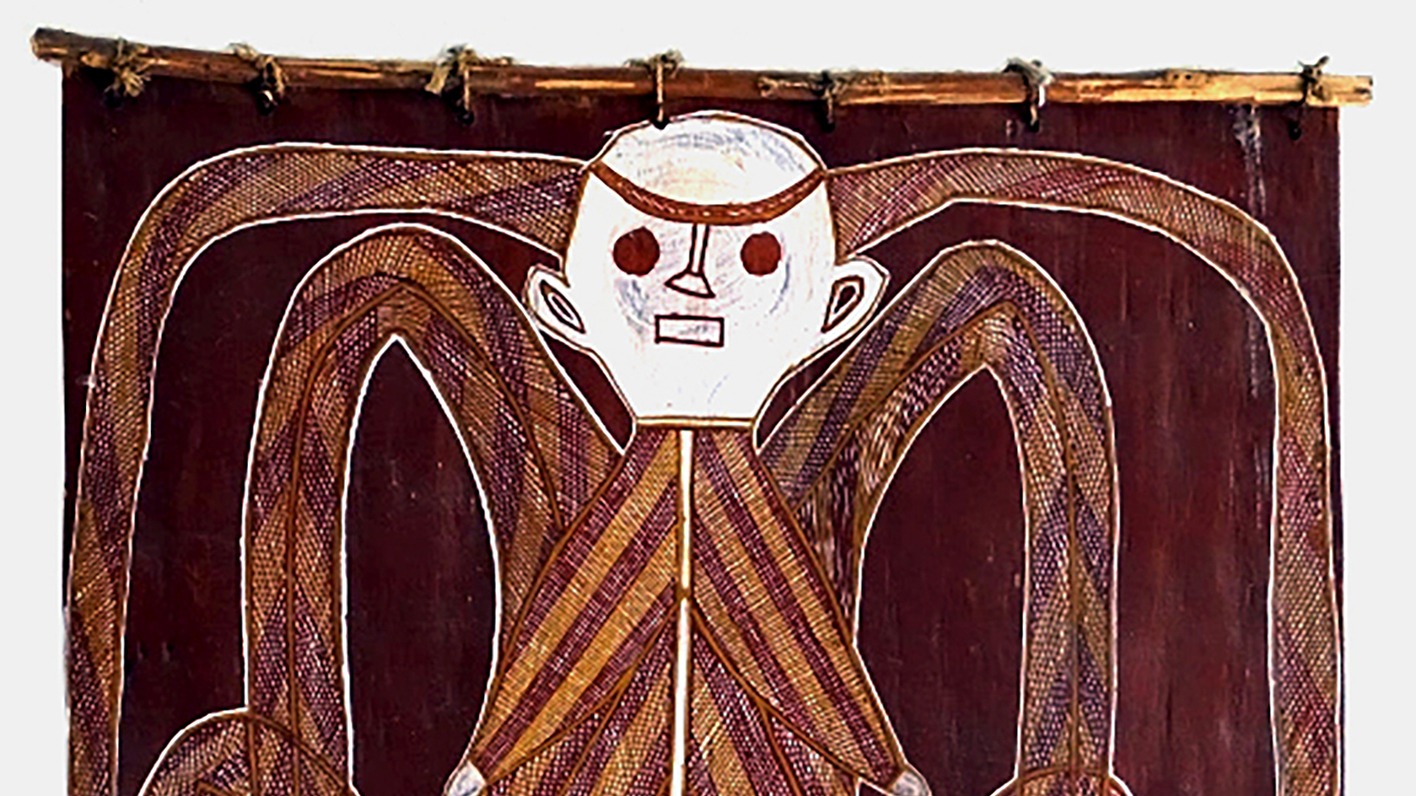 Material Expressions of the Dreaming:
The Aboriginal Collection of Ellen Crawford

In 1980, Ellen Crawford arrived in Australia while working as an itinerant archaeologist. Initially, she worked under the direction of the legendary archaeologist John Mulvaney at the Australia National University, followed by fieldwork under his direction in Western Australia south of Perth, before she ventured to Darwin on the northern edge of the continent.

Most of Crawford’s collection came from Arnhem Land, which lies east of Darwin, but some works in this exhibition—such as the toy woomera and spears, the paperbark collage paintings, and the coolamon originated in the northern reaches of Western Australia known as the Kimberley and the Central Desert. Crawford began collecting Aboriginal objects before the existence of art centers run by Aboriginal communities in remote places such as Maningrida and Yirrkala. She was able to buy a few items from a trading post at Maningrida and other items from commercial galleries elsewhere in Australia.

The objects in the Crawford collection range from paintings and small sculptures through spears, dilly bags (used for transporting food), and coolamon (used for carrying food, but also cradling babies). They illustrate both craft and artistry, their designs reflecting the inherited family responsibilities for keeping alive the stories of ancestral beings in the Dreamtime stories. While not formerly regarded as art objects in Western traditions, now they are seen as objects residing along a cultural spectrum where the lines between utilitarian and ceremonial objects, and painting and sculpture, are less fixed and more permeable. 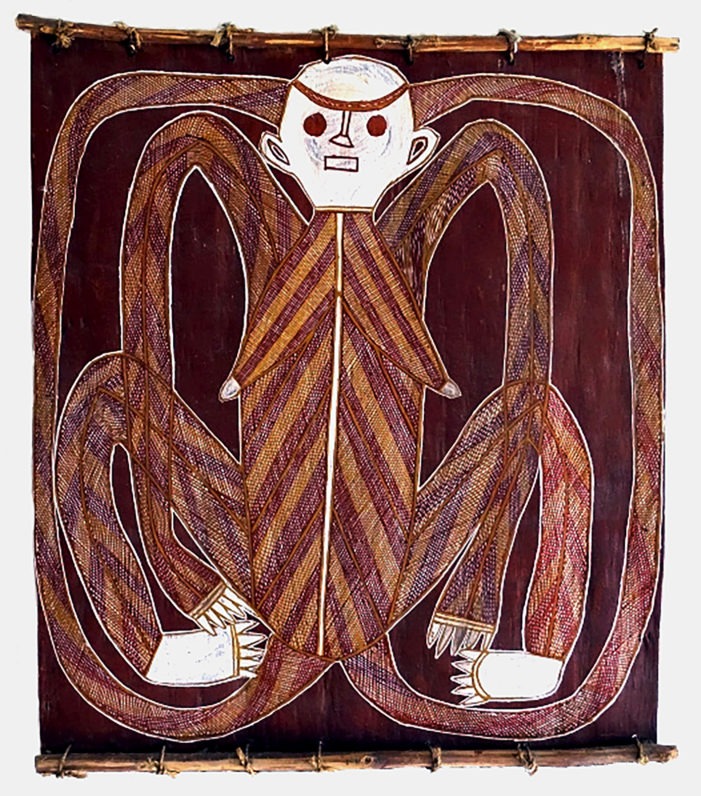