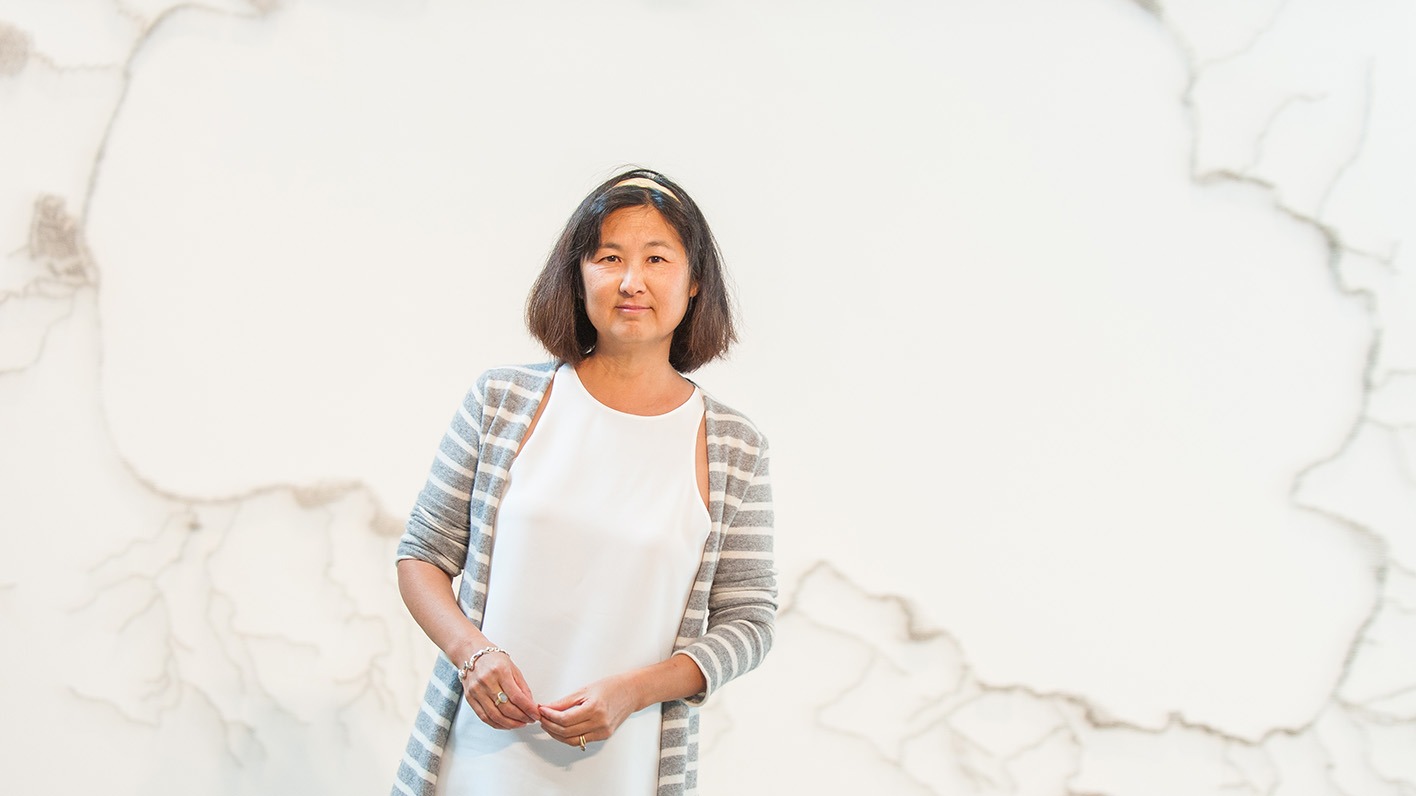 For more than two decades Maya Lin (b. 1959) has engaged the vocabulary of a cartographer, making artworks ranging from stand-alone sculptures to room-sized installations that help people visualize the complex natural and cultural systems operating in the world. In 2012 the Nevada Museum of Art invited Lin to make new artworks in response to the unique Lake Tahoe landscape. After visiting with scientists at the UC Davis Tahoe Environmental Research Center, Lin created a series of sculptures that make visible the bones of the planet—in part by manufacturing an architecture of its natural features.

Pin River—Tahoe Watershed (2012) is a large-scale wall installation made from thousands of straight pins showing the perimeter of Lake Tahoe and its tributaries. Straight pins have long been used as markers on maps to signify the location of the viewer or the site of a specific place or event. By aggregating thousands of custom-made pins into maps of large-scale geographic features, Lin reverses our standard notion of figure to ground. Viewers begin to realize how rivers and lakes actually consist of many thousands of individual incidents of rain and snow, flood and drought, pools and waterfalls, bays and inlets. By, literally, pinning down the watershed of Lake Tahoe, Lin maps its hydrological complexity, while at the same time unifying it as a whole.