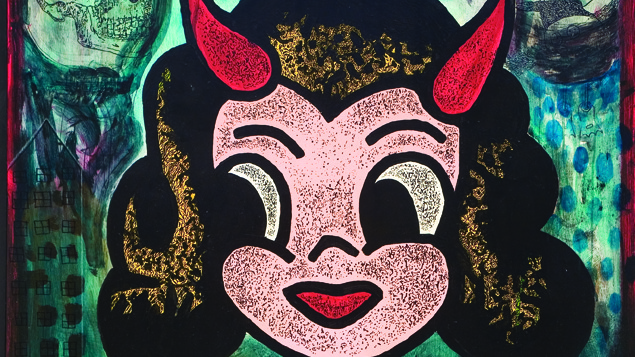 Michael Sarich’s paintings and sculptures have been called visual diaries that overflow with symbols and icons that the artist retrieves from deep within his personal memory. Sometimes he employs images—such as those of Mickey Mouse and the Virgin Mary—to critique contemporary American society, while others stem from past childhood experiences that are deeply personal. “I am a storyteller,” Sarich declares, “I use iconography that is taken from symbols that have in a way taken on too much importance. They’re not bad symbols, just saturation. It’s about the romantic and the innocent that has taken on a strange twist.” Raised on the south-side of Chicago in the 1960s, Sarich’s first exposure to art was through comics, as well as the underground art of the Hairy Who—a loosely affiliated Chicago-based group of artists known for their so-called naïve painting and illustration style.

After studying at Northern Illinois University and the University of Oklahoma, and teaching at various institutions across the United States, as well as in London and Salzburg, Sarich was hired as an Associate Professor at the University of Nevada, Reno in 1989. Eight years ago, he was diagnosed with the debilitating illness known as Parkinson’s disease, and although it has already had a drastic impact on his speech and motor capacities, he continues to pursue his work with an intensity that is greater than ever.