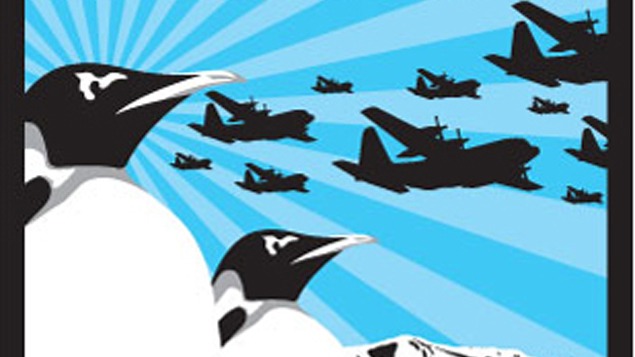 Paul D. Miller, aka DJ Spooky that Subliminal Kid, is a composer, multimedia artist, and writer who creates bridges between sound art and contemporary visual culture. Through music, photographs and film stills from his journey to the Antarctic, along with original artworks, and re-appropriated archival materials, Miller uses Antarctica as an entry point for contemplating humanity’s relationship with the natural world. Based on The Book of Ice—part fictional manifesto, part history, and part science book—this exhibition combines video footage of past performances with graphics and dynamic data visualizations related to climate change in the Earth’s polar regions.