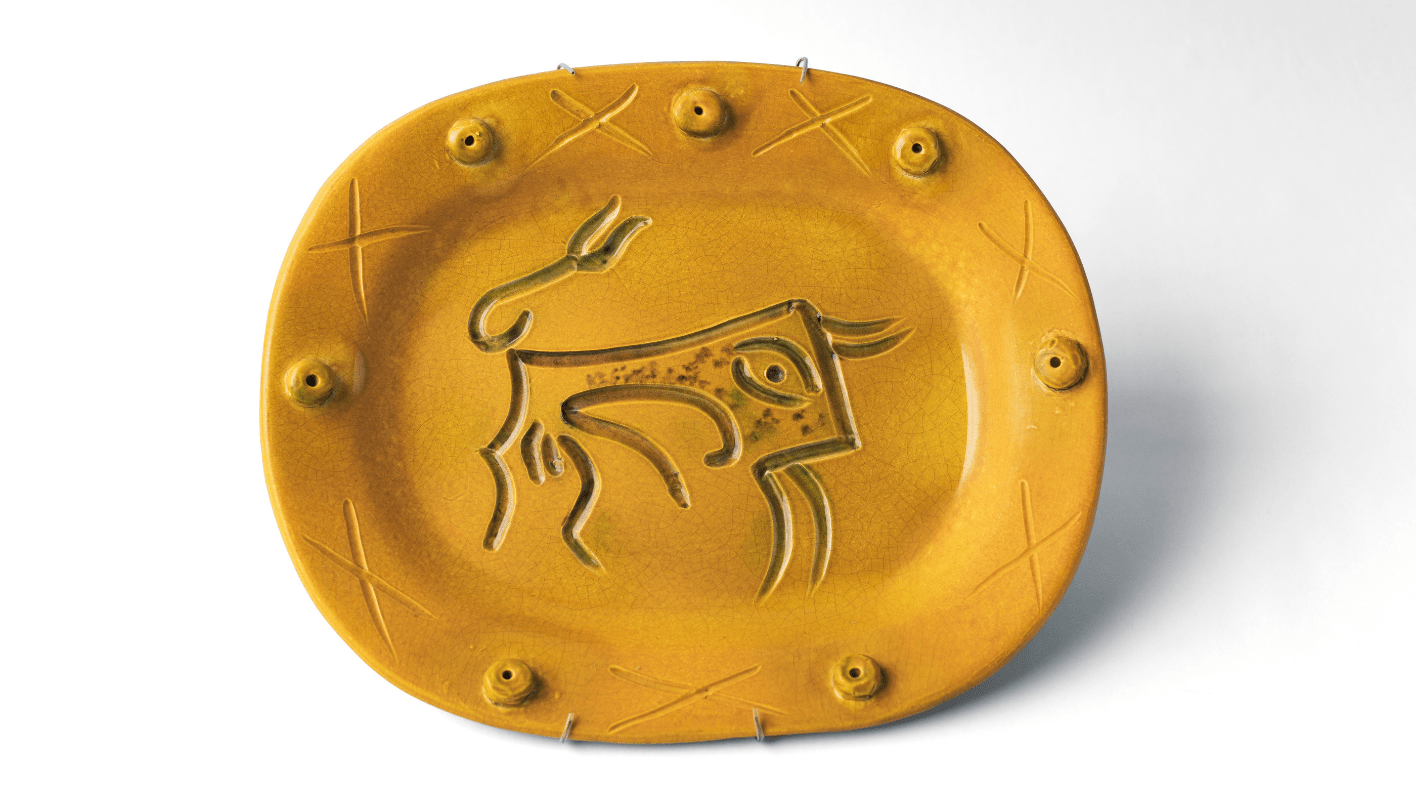 Picasso in Clay:
Selections from the Robert Felton and Lindsay Wallis Collection

Although Spanish-born artist Pablo Picasso is best known as a Modernist who invented the artistic style known as Cubism, he also produced a lesser-known, but equally impressive body of decorative ceramic objects during the latter part of his life. This exhibition features thirty ceramic works designed by Picasso that are on loan from longtime collectors Robert Felton and Lindsay Wallis. The artworks are a generous bequest to the Nevada Museum of Art.

Following World War II and the liberation of Paris, Picasso began to increasingly spend time in the coastal region of southern France. In 1946, he encountered an exhibition of pottery in Vallauris, a town with a long history of pottery production reaching back to the Roman Empire. It was there that he met Suzanne and Georges Ramié, owners of the Madoura ceramics workshop, who invited him to model some small works from clay. This was the beginning of a longtime friendship and business relationship.

In 1947, Picasso gave up his urban home in the rue des Grands-Augustins in Paris and set up his principal studio in Vallauris. He remained in Madoura for several years. During this time, the Ramiés allowed Picasso to make and decorate ceramic wares in their workshop whenever he pleased. In exchange, Picasso allowed them to edition his creations and to retain the profits from their sale.

Over a period of 20 years, Picasso worked with ceramic artists at the studio to create nearly 4,000 objects. His involvement in the production of each piece varied. Sometimes he created the mold used to form an object, other times he sculpted and gouged the clay into unique shapes, and often he simply decorated or painted objects that other ceramicists had already thrown and shaped.

Whether a plate, pitcher, bowl, mask, tile, or platter, Picasso decorated his objects with a range of colorful and witty subjects. From everyday animals or plants, to mythological creatures and hybrid human-animals, Picasso’s ceramics reflect the joy and newfound freedom he embraced while living in southern France following the war. 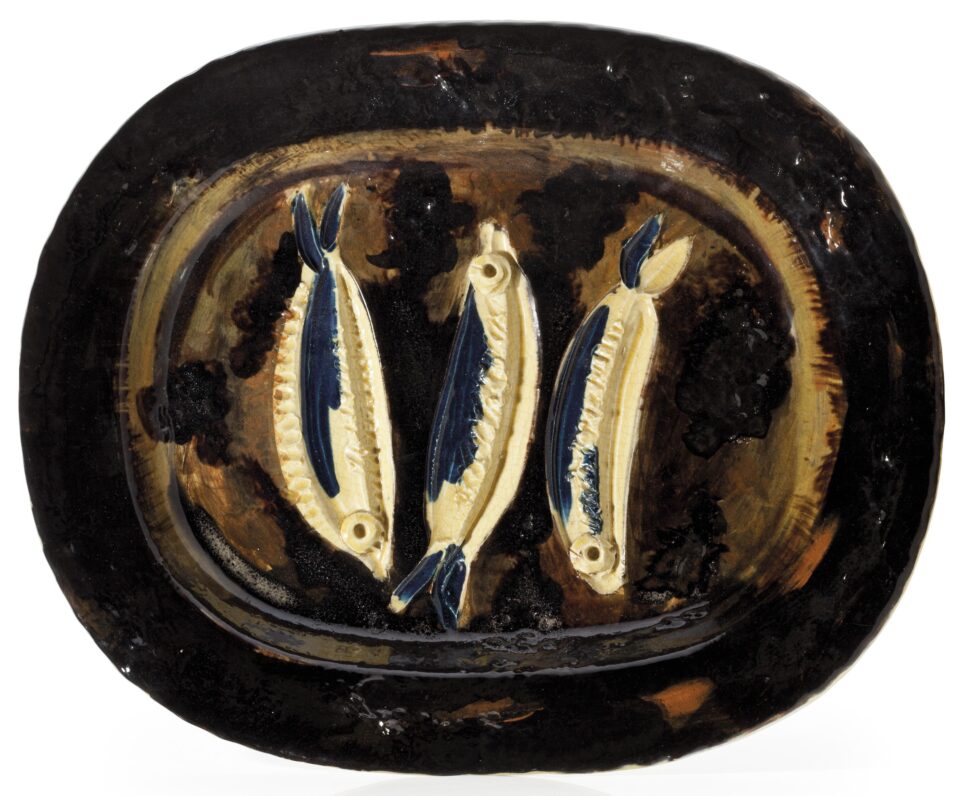