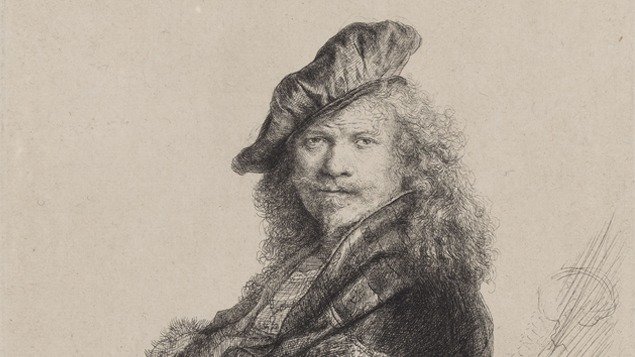 Rembrandt:
The Embrace of Darkness and Light

This exhibition celebrates the life and legacy of legendary Dutch etcher Rembrandt van Rijn. The extensive collection of Rembrandt’s etchings, drawn from the Museum of Fine Arts, Boston is one of the finest collections of its kind in the United States, including 130 of Rembrandt’s most celebrated prints.

Rembrandt: The Embrace of Darkness and Light traces the artist’s entire career as a printmaker from the drama and technical genius of his early productions to the quiet mystery and poetry of his final works. The exhibition demonstrates how Rembrandt cleverly captured life during the 17th century on small, etched copper plates.

Unlike many artists before him, Rembrandt recognized that the practice of making etchings responded best to a lighter touch, and he used the etching needle much like a paintbrush to create his masterpieces. He achieved the same mastery of light and atmosphere in his etchings as he did in his paintings, the same baroque richness of detail and texture—the look and feel of velvet, hair, and fur—the same depth of feeling, the evocation of color in shifting dark and light.

Born in Leiden in 1606, Rembrandt spent most of his career in Amsterdam. In addition to his unparalleled genius for technical achievement and psychological insight, he also had an innate understanding of the human condition. This skill is demonstrated through the etchings in this exhibition which include landscapes, portraits, historic depictions from the Bible, mythology, and ancient history. As a young man, Rembrandt frequently made etchings and drawings of people he encountered in daily life such as The Artist’s Mother, where he used fine lines and flicks to map his mother’s aging flesh; Beggar Leaning on a Stick, which is a part of a series of drawings based on abject social outcasts; and Saskia, his beloved wife who was his favorite and most frequent model before her death in 1642.