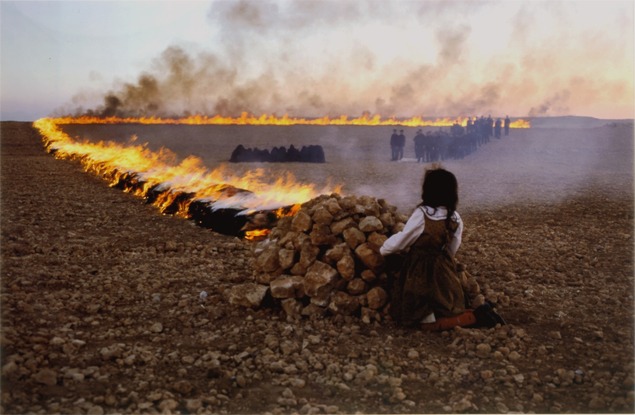 Set amidst a stark and timeless desert landscape, Shirin Neshat’s stirring video presents the rituals and customs of a Muslim funeral ceremony, revealing a powerful relationship between people and place.

Produced in collaboration with the American musical composer Philip Glass, Neshat’s narrative follows a procession of men as they carry a body through the desert to a grave that has been hand dug by women.

Neshat has described the burial ceremony as a conversation between people and landscape, which sets the “forces of nature against the ritual of death.”

Neshat first moved from Iran to the United States in 1978, unaware that the Iranian Revolution would prevent her from returning to her native country for nearly two decades. She now lives and works in New York.

The work in this exhibition is from a Private Collection.