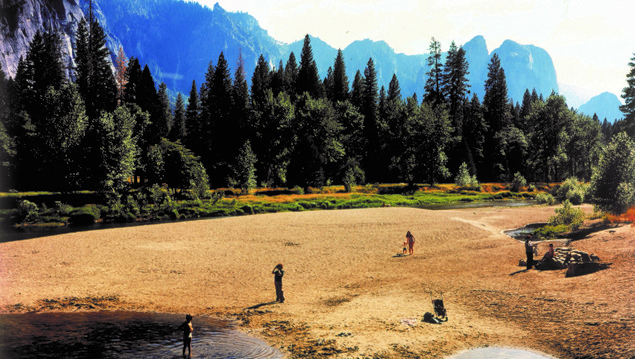 Stephen Shore’s seminal work Uncommon Places is considered one of the most celebrated and influential collections of photographic work produced in the past 40 years. These images chronicle the artist’s multiple cross-country road trips, exploring the American landscape from 1973-1981. Shore used a wide-format view camera to capture moments that are highly detailed and complex, presenting to the viewer a dense snapshot of the American built environment. Formal concerns such as framing and structure are paramount to his work.

Shore was born in 1947 in New York, and his career began in the mid-1960s, as a frequent visitor and photographic chronicler of the scene at Andy Warhol’s “Factory.” Warhol’s work influenced the young photographer, who began creating his black and white works sequentially and in series, delighting in American culture. The Metropolitan Museum of Art in New York honored Shore with a solo exhibition when he was 23 years old. The same year he began working with color film, attracted to the medium’s ability to record the range and intensity of hues seen in life. Shore, together with William Eggleston, is one of the country’s pioneering color photographers. His works transforms banal scenes of everyday life into fine art.