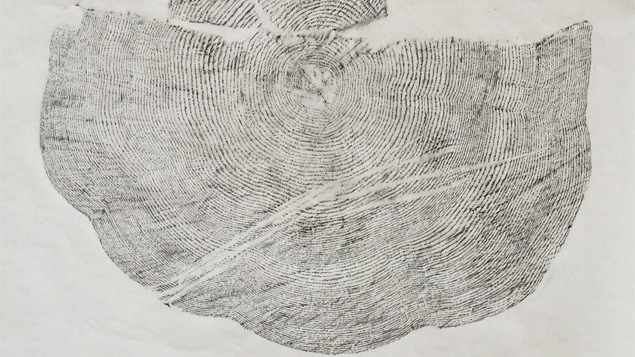 Tahoe Timber – Industry and the Sound of the Saw

In 1878, John Muir derided “the outlandish noise of loggers and choppers and screaming mills” that he witnessed during his stay at Lake Tahoe. The towering pine, cedar, and juniper stands in the Tahoe basin were quickly falling in the name of progress. Lumber was needed to construct railroad trestles and snow sheds over Donner Pass, to buttress the burgeoning underground mines of the Comstock, and to power the steam locomotives used to transport and process the ore. As populations and tourism increased in the region, timber was also used for resort and lodge structures on the panoramic shores of the lake.

The first sawmill at Lake Tahoe was built in 1860. The invention of the V-shaped flume and the completion of a narrow-gauge railroad vastly accelerated the transport of timber out of the Tahoe Basin. Muir returned to Lake Tahoe in 1888 and was deeply distressed by what he saw. Hillsides once covered in trees were barren. With the support of the railroad lobby and local timber baron Duane Bliss (who had, ironically, turned his logging property at Glenbrook into a tourist resort), Muir worked hard to have Lake Tahoe declared a national park. He came within only a few of the necessary votes in Congress, but the measure failed in 1889.

By 1900, almost a billion board feet of lumber had been removed from the Tahoe Basin and 60 percent of its lands had been harvested. Nineteenth-century painters and photographers rarely depicted the transformed landscape, and the few examples showing such subject matter are rare. In the twenty-first century, however, it is common for contemporary artists to explore issues related to forest conservation, reclamation, fire management, and sustainability in the region. Their work is on view alongside that of their historical predecessors.