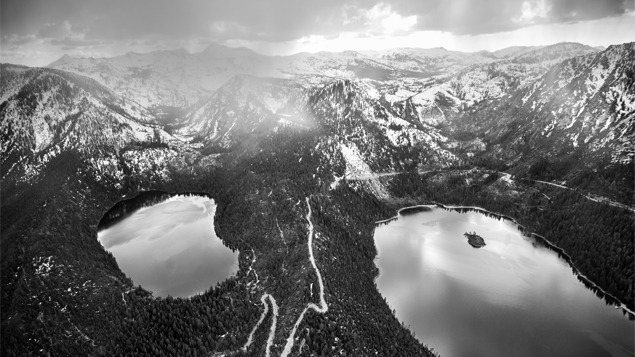 Lake Tahoe experienced rapid growth after World War II. Residential populations at the lake grew steadily, and with the rise of the ski industry and other recreation businesses, the number of visitors to the lake skyrocketed. Growth and development in the region reached a tipping point in the 1950s and 1960s, as plans for high-rise casinos, shoreline freeways, sprawling ski resorts, landfill marinas, and a four-lane concrete bridge across Emerald Bay gained forward momentum.

In 1957, a gathering of concerned conservationists formed what became known as The League to Save Lake Tahoe. They coined the iconic tagline, “Keep Tahoe Blue,” a conservationist slogan that remains popular to this day. The attitude that unchecked growth at the lake was a foregone conclusion precipitated local resistance, and ultimately led to a unique bi-state agreement governing planning and management of the lake and its resources.

Today millions of people visit the Tahoe/Donner region annually and nearly 50,000 people call it their permanent home. In the twenty-first century, one’s experience of Tahoe is sure to be mediated by commercial enterprise, advertising, and limited access to much of the lake’s privately-owned shore. Contemporary artists and architects invite us to look carefully at how this human presence impacts the fragile Lake Tahoe basin.