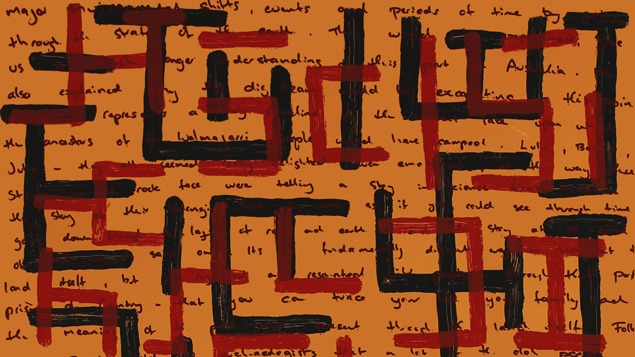 Paruku is the region in Australia’s Western Desert that surrounds the inland body of water known to settlers as Lake Gregory. Named after the English-born explorer Sir August Gregory, this terminal desert lake has long been a resource for the Walmajarri-speaking Aboriginal people. The ancient shoreline of Lake Gregory contains what may be the oldest sites of continuous human cultural production in the world, with artifacts excavated there estimated to be as old as 50,000 years.

The local Aboriginal people—approximately 150 men and women who are referred to as the “Traditional Owners” of Paruku—live in the nearby settlement of Mulan. The unique cultural and environmental values of Paruku led the Australian government to declare it an Indigenous Protected Area, or IPA, in 2001.

The Paruku Project was a two-year effort consisting of teams of scientists, artists, and writers working in this Aboriginal desert community, one of the poorest and most remote in Australia. The first task of the teams was to assess current conditions. They found an environment severely stressed by invasive species and a culture slowly losing its identity. The second task was to design and implement cross-cultural and transformational responses to these conditions, many of which involved artmaking.

Australian artist Mandy Martin and conservationist Guy Fitzhardinge, along with writer and artist Kim Mahood, worked with Walmajari people to revitalize the art center in Mulan, which in turn helped attract attention and funding from policy makers to address challenges facing the region.