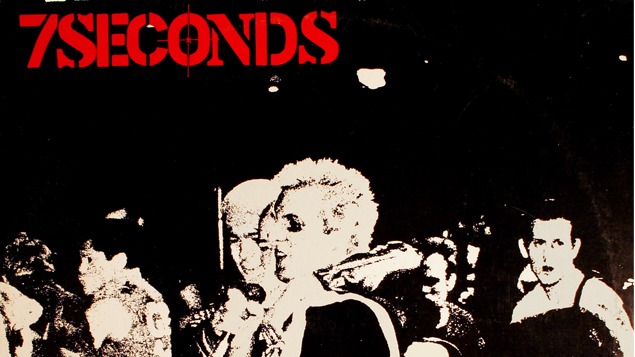 The Wrong Side of Reno:
Three Decades of Punk and Hardcore Music in the Biggest Little City

The Wrong Side of Reno: Three Decades of Punk and Hardcore Music in the Biggest Little City will be the first exhibition to present a comprehensive anthology of vinyl records that have been pressed in Reno during the city’s long and intimate history with underground music.

Since its inception, rock and roll has been synonymous with rebellion.  In the 1970s, an apex of rock’s rebellious nature was seen in the emergence of Punk.  However, punk rock’s fervor and vehemence was quickly diluted by the mainstream media. Hardcore Punk arose in the early 1980s as a response to commercialized versions of punk being played on the radio.  Hardcore punks chose their moniker to connote an extreme-that they were the most “hardcore” version of punk-and they made music that was loud, angry, and fast.  However, unlike prior iterations of rock and roll, Hardcore Punk rejected commercialism, eschewed high production value, and preached a do-it-yourself credo.  Safely off the media’s radar, the subculture of Hardcore spread quickly throughout the United States and found a home with bored and disenchanted small-town youth.

Early pioneers of hardcore, the Reno punk band 7 Seconds released their first vinyl 7” record in 1982, establishing Reno as a creative voice in what would quickly become a global subculture. The community that they helped create still thrives in Reno today, sequestered in basements, home recording studios and independent record shops–proof that the spirited anger of Hardcore Punk is as resilient and vibrant as ever.