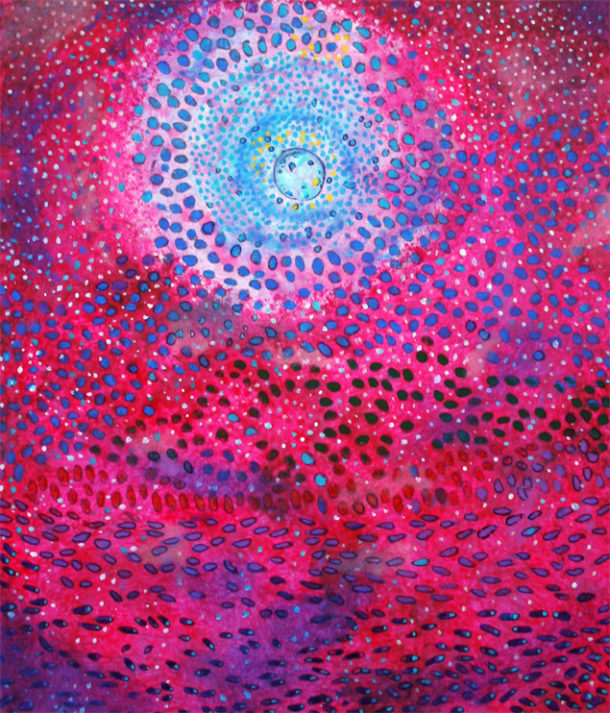 Nevada-based artist Toni Lowden is best known for her large-scale tapestries and other textile works. In 2010, the Museum challenged Lowden to create a series of new artworks in response to artist Leo Villareal’s colorful light sculptures.

Lowden’s resulting pieces blend references to biological cells, computer technology, and the expanse of the universe.