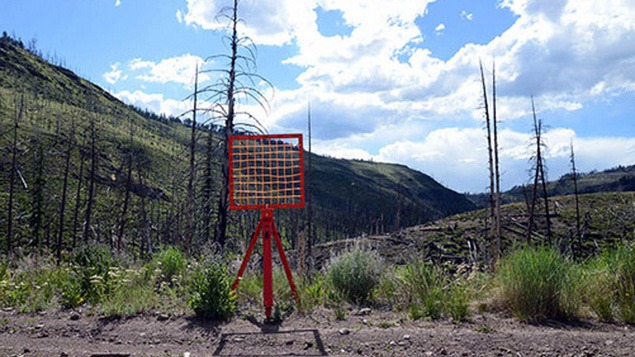 In 2012, Geoff Manaugh and Nicola Twilley, two of the Internet’s most critically acclaimed bloggers, embarked on a multi-state tour of the United States “to document often overlooked yet fascinating sites through the eyes of the innovators, trendsetters, entrepreneurs, and designers at the forefront of ideas today.” Their 16 month long journey, inspired by nineteenth-century survey expeditions, was known as VENUE. Manaugh and Twilley took along a variety of analog and digital instruments and a custom, hand-built toolbox containing recording equipment that they used as a pop-up studio—a temporary “venue”—to record audio and video.

Manaugh and Twilley visited sites as diverse as New Mexico’s radio astronomy observatory known as the Very Large Array, to the world’s largest living organism in the Blue Mountains of Oregon, to the stilt houses of Florida’s Biscayne Bay. They interviewed experts ranging from a speleo-biologist, a golf-course designer, the keeper of the U.S. national atomic clock, and a car crash reconstructionist, to environmental lawyers, concept artists, archivists, and photographers. Throughout their travels they posted reports of their exploits, assembling a completely new cross-section of the country for the 21st century.