This spotlight exhibition highlights a single painting by Harry Fonseca. Stone Poem #4 was recently acquired for the Dorothy S. and Robert J. Keyser Greater West Collection at the Nevada Museum of Art. In addition to the painting, the Center for Art + Environment acquired a gift of significant archive materials related to the artist’s research, design, and creation of the Stone Poem series.

Harry Fonseca (1946-2006) was born in Sacramento, California, and is of Nisenan Maidu, Hawaiian, and Portuguese ancestry. In the late 1980s, he began a major series of paintings called the Stone Poems. The series was inspired by his visits to rock art sites in the Coso Range of the Eastern Sierra and Canyonlands National Park in Utah. Stone Poem #4 evokes figural images similar to those found in the Great Gallery, a prehistoric rock art site located in Horseshoe Canyon in Utah.

In 1995, Fonseca traveled to New Zealand for a cultural exchange and symposium with Indigenous artists from the Pacific Rim and Pacific Islands. During this trip, he befriended Aboriginal painter Judy Watson and collaborated on new works with her. It is possible to draw comparisons between the paintings of Fonseca and other contemporary Aboriginal Australian painters, many of which are on view in the concurrent exhibition, My Land, My Dreaming. 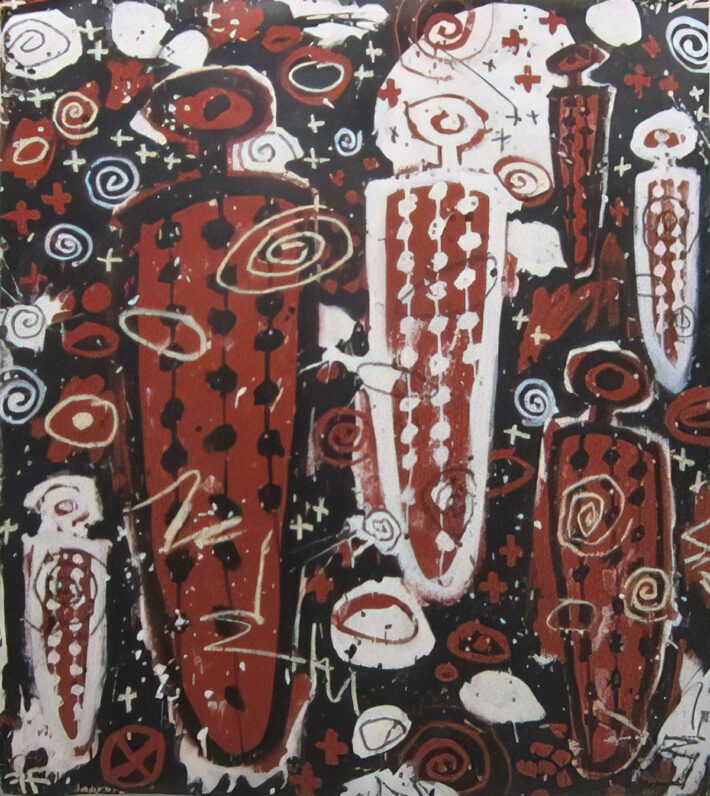 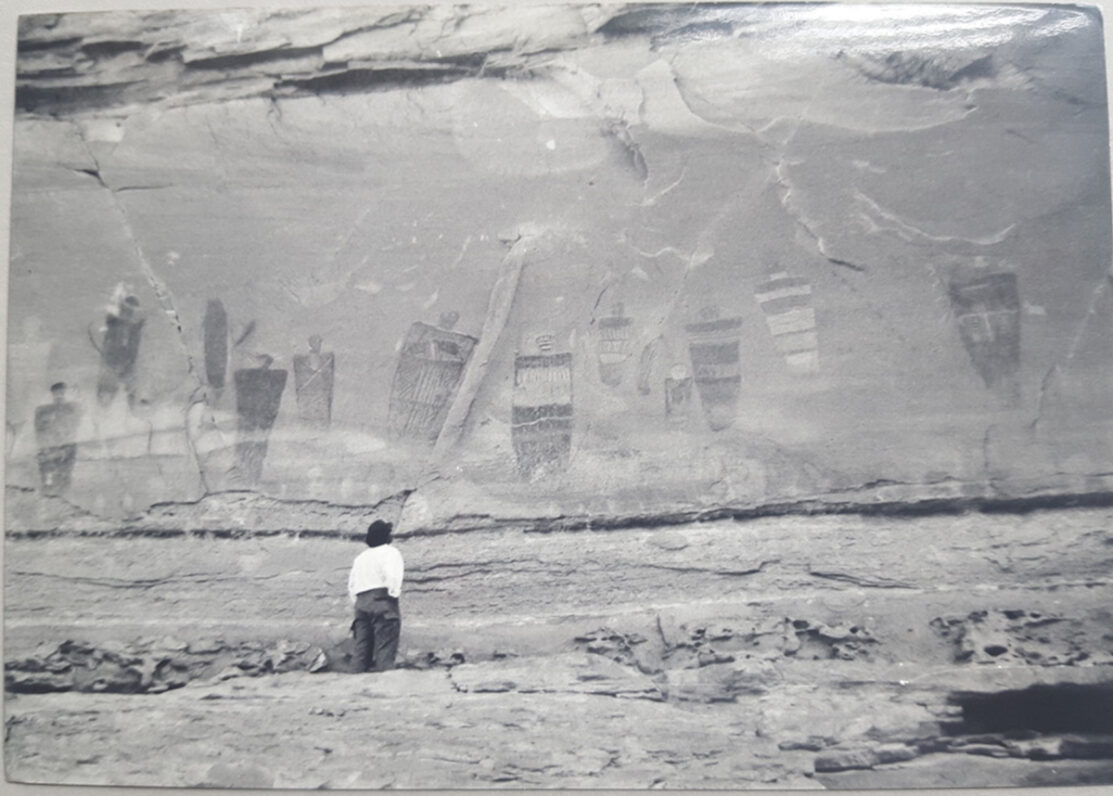 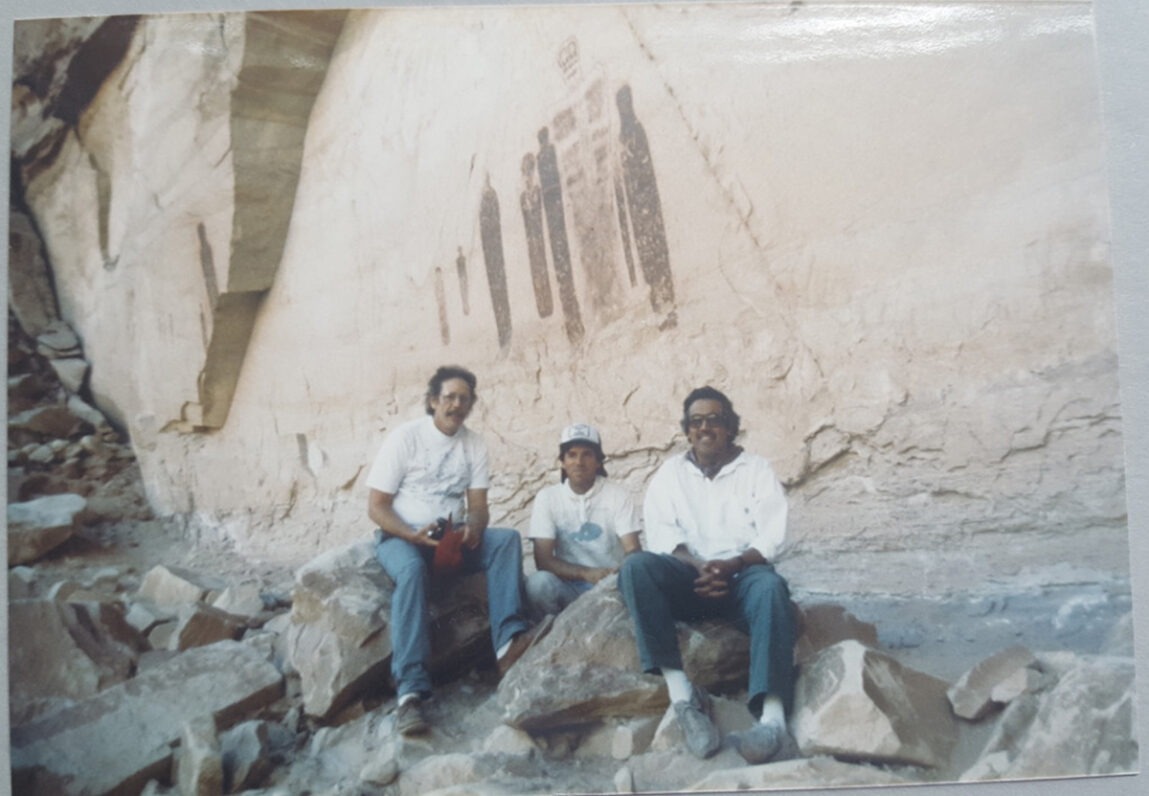 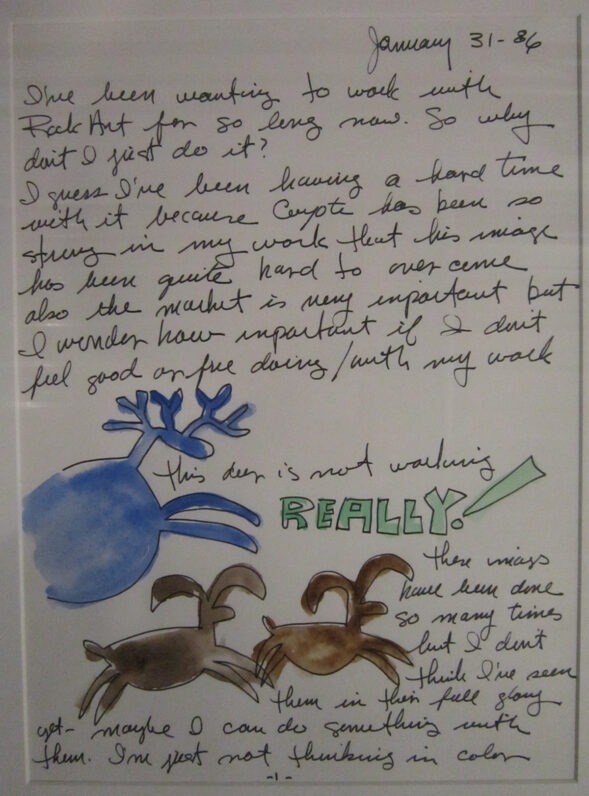 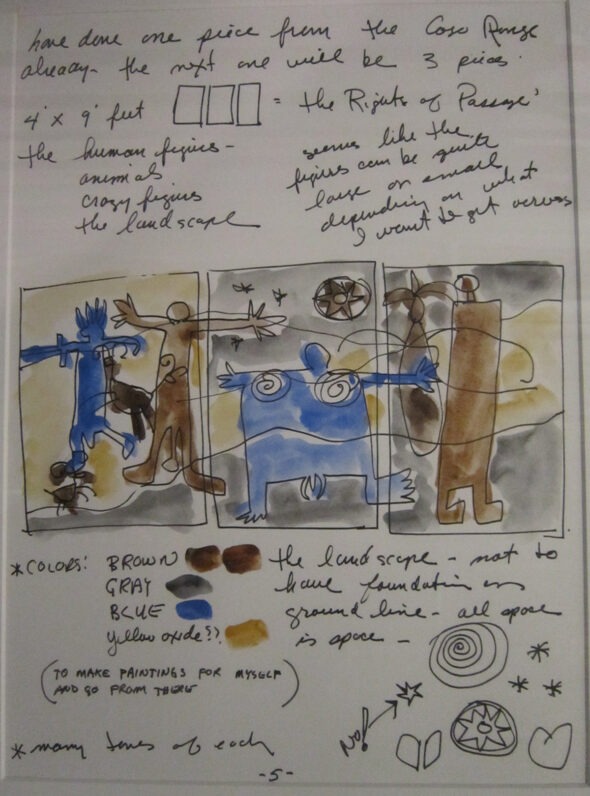 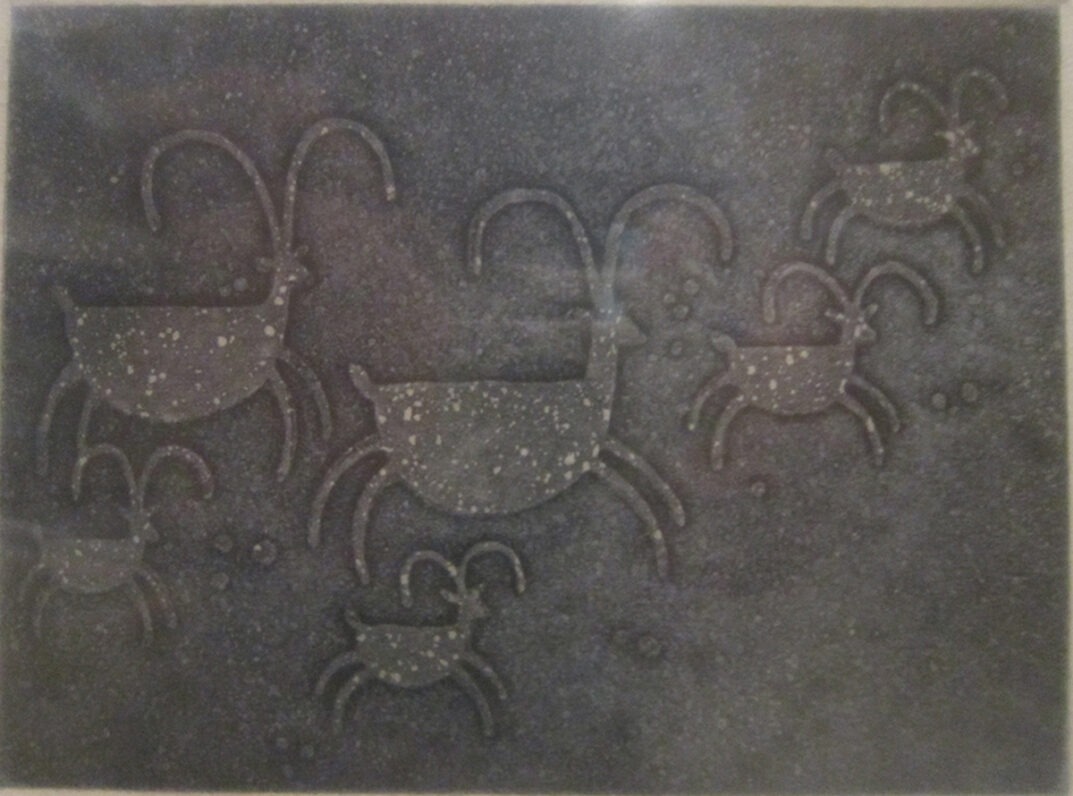 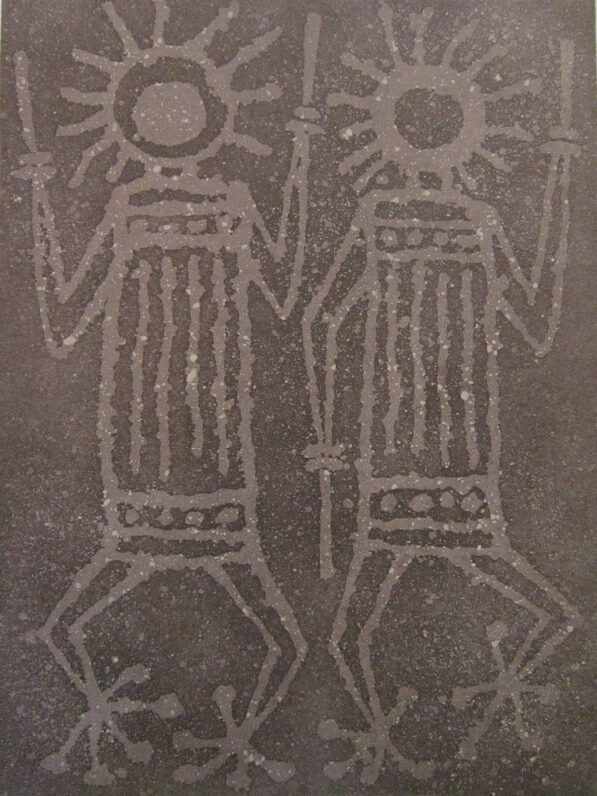 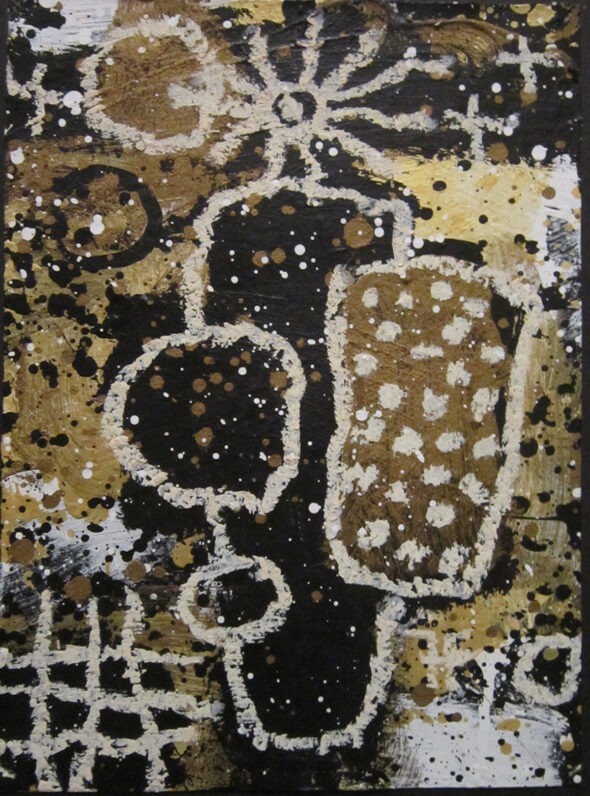