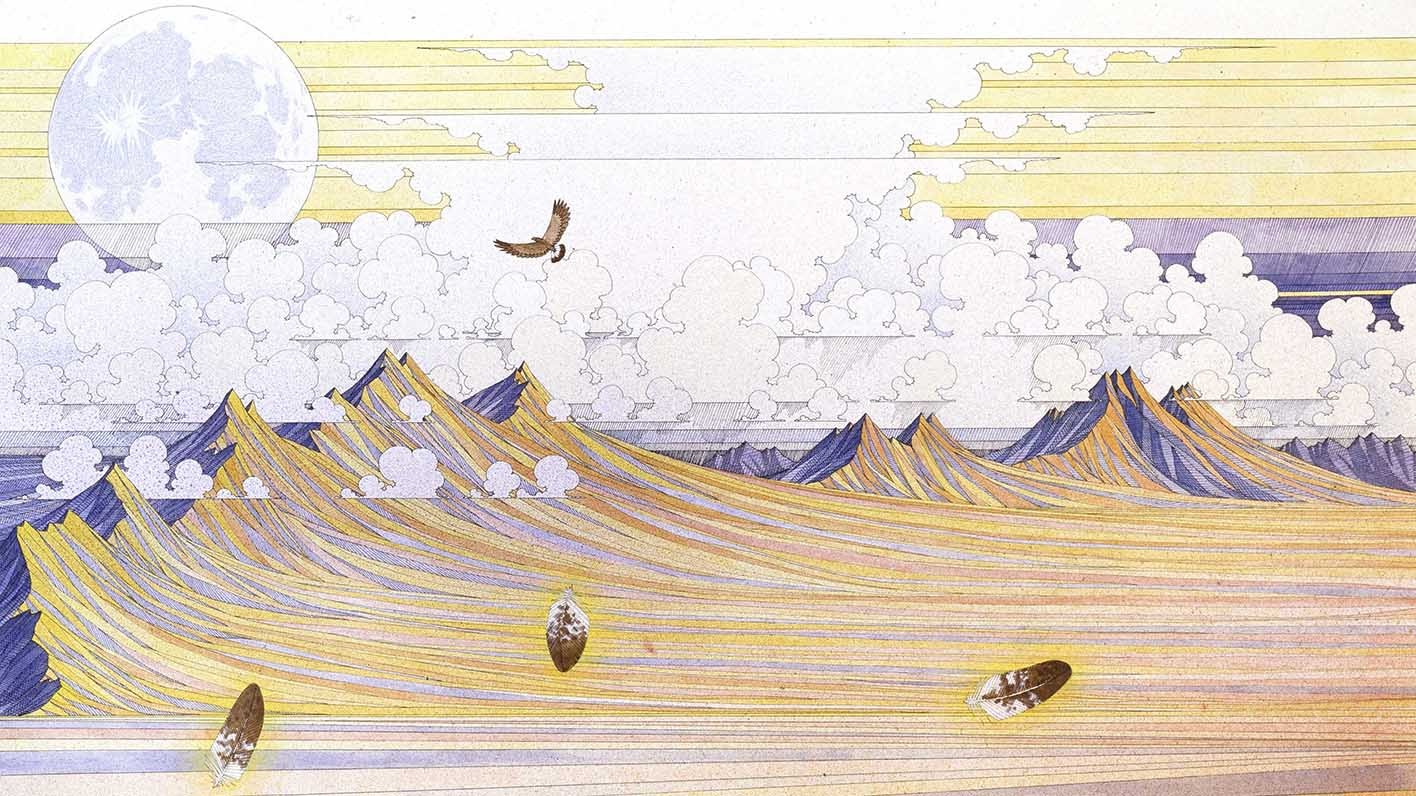 The Art of Jack Malotte

The Art of Jack Malotte will be on view in Elko, Nevada, at the Western Folklife Center, July 10 through mid-December 2020.

Jack Malotte makes artworks that celebrate the landscapes of the Great Basin, with a unique focus on contemporary political issues faced by Native people seeking to protect and preserve access to their lands. Malotte infuses wry humor into his work, even as he delves into subject matter that is sometimes serious and sobering. Malotte’s most recent work reconsiders historical narratives and myths of the American West, refers to Western Shoshone and Washoe traditions and legends, and highlights longtime political, environmental, and legal struggles of Native communities.

For many years Malotte produced graphics and illustrations for the Seventh Generation Fund for Indigenous Peoples, Inc., the Western Shoshone Sacred Lands Association, and the Southwest Network for Environmental and Economic Justice. This work will be on view alongside drawings, sketches, and prints from early in his career.  During his exhibition at the Nevada Museum of Art, Malotte will complete an outdoor, public mural on an exterior wall of the building.

Malotte was born in Schurz, Nevada, lived in Lee, Nevada as a young boy, and eventually moved to Reno where he attended local schools including Wooster High School. At the California College of Arts and Crafts in Oakland, California (1971-74), he was influenced by the work of Arthur Okamura, Jack Mendenhall, and Chuck Close. Malotte also worked as a U.S. Forest Service Firefighter. Malotte, who is Western Shoshone and Washoe, currently resides in Duckwater, Nevada, a rural community located in central Nevada. He is an enrolled member of the South Fork Band of the Te-Moak Tribe of Western Shoshone. 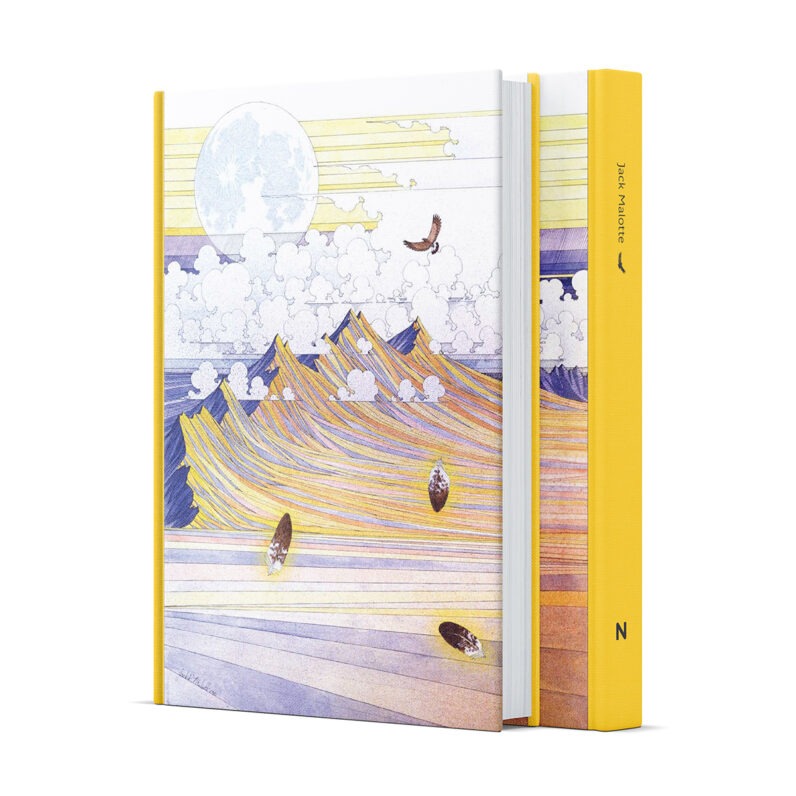 The Nevada Museum of Art published a 240-page, hardcover book in conjunction with the exhibition. Visit shop.nevadart.org to purchase. 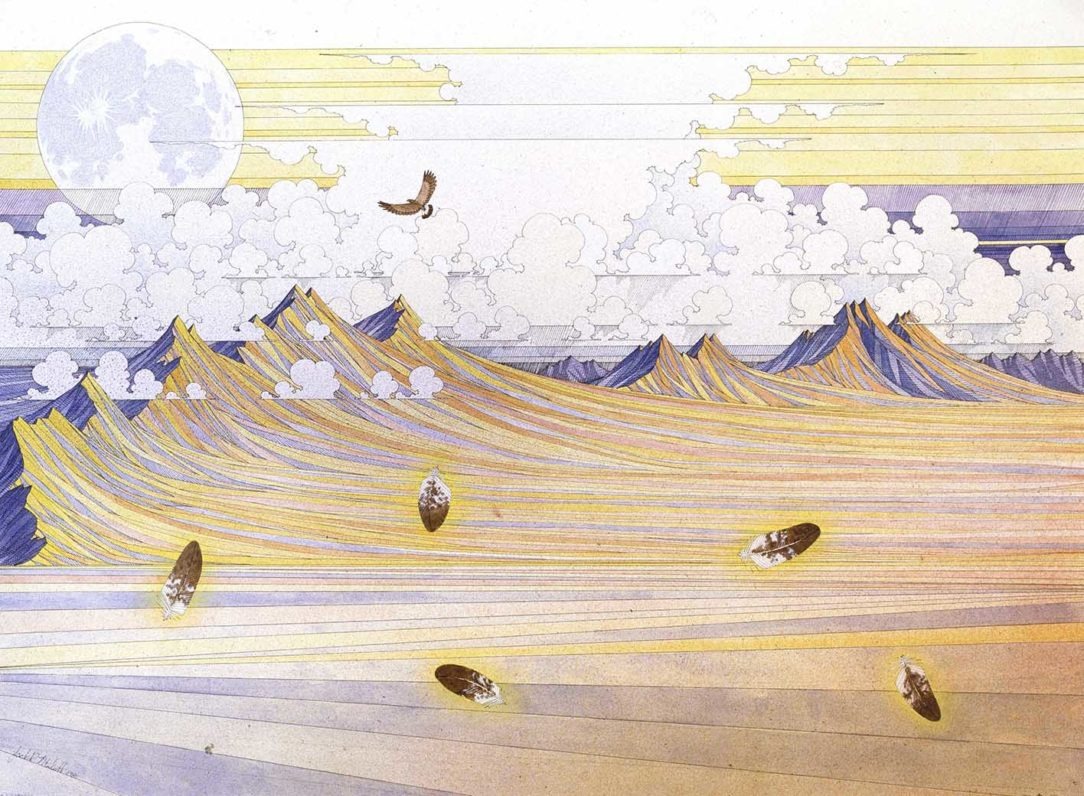 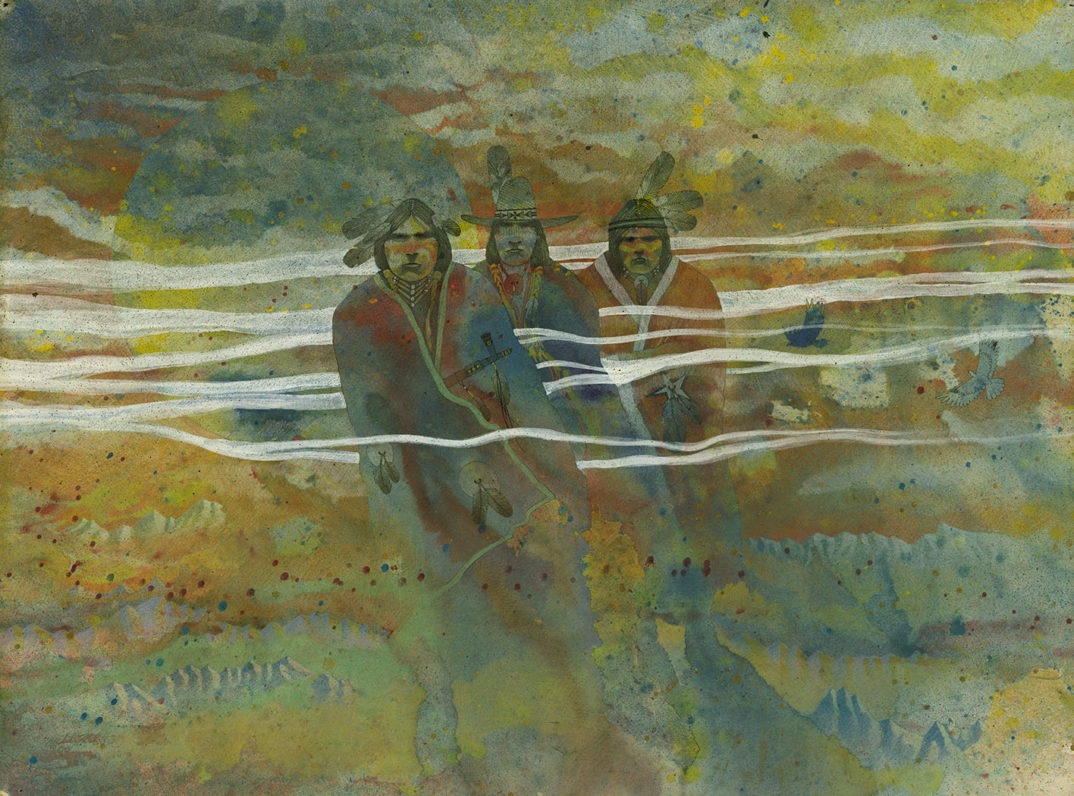 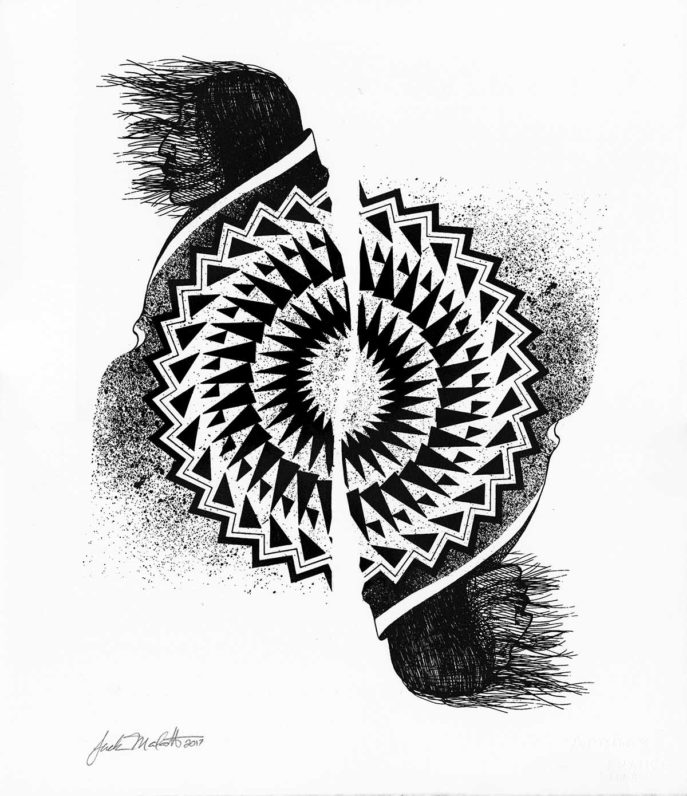 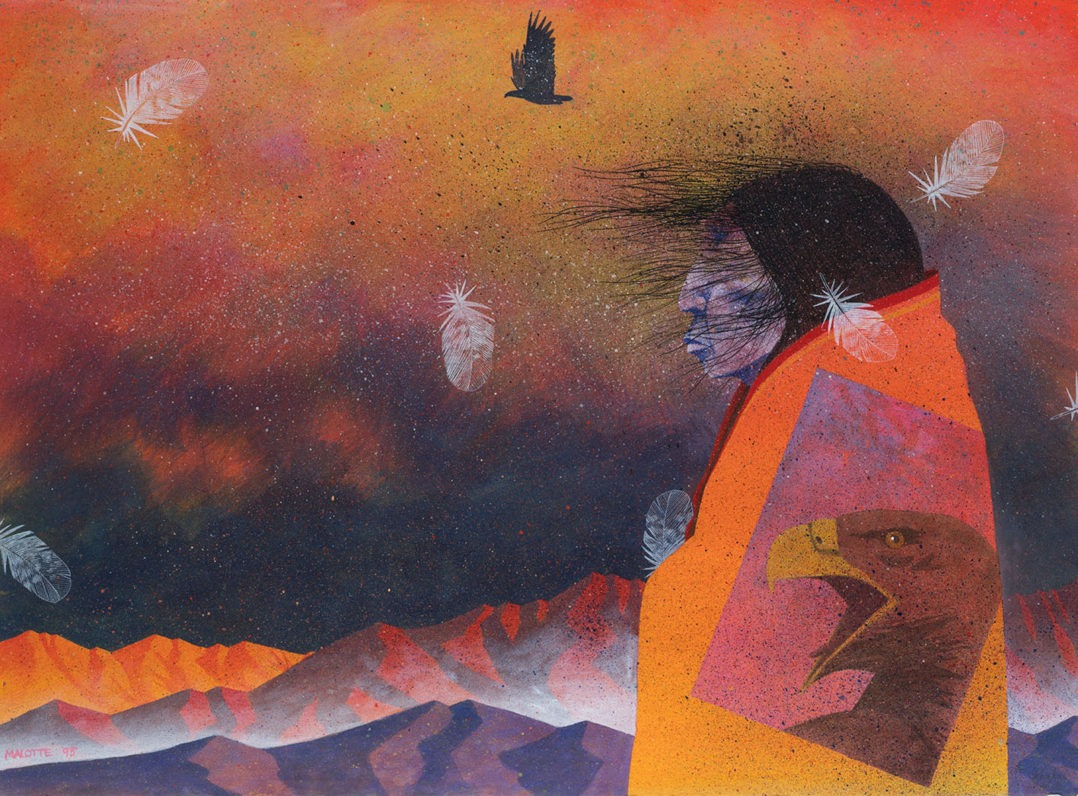 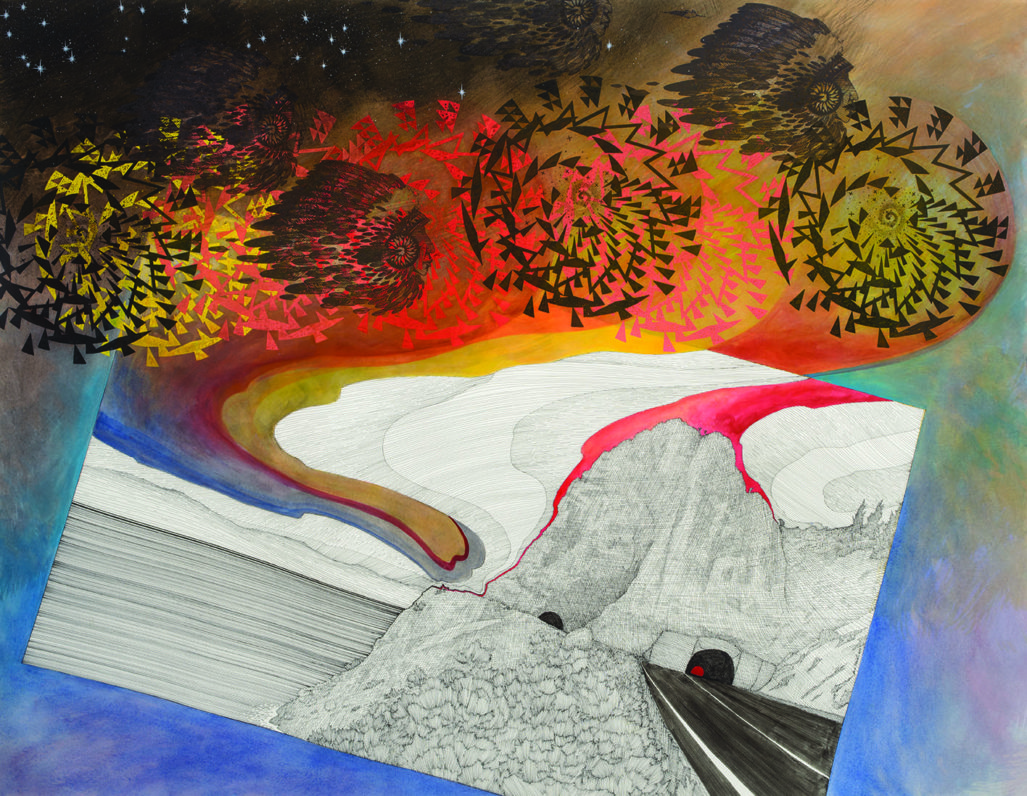 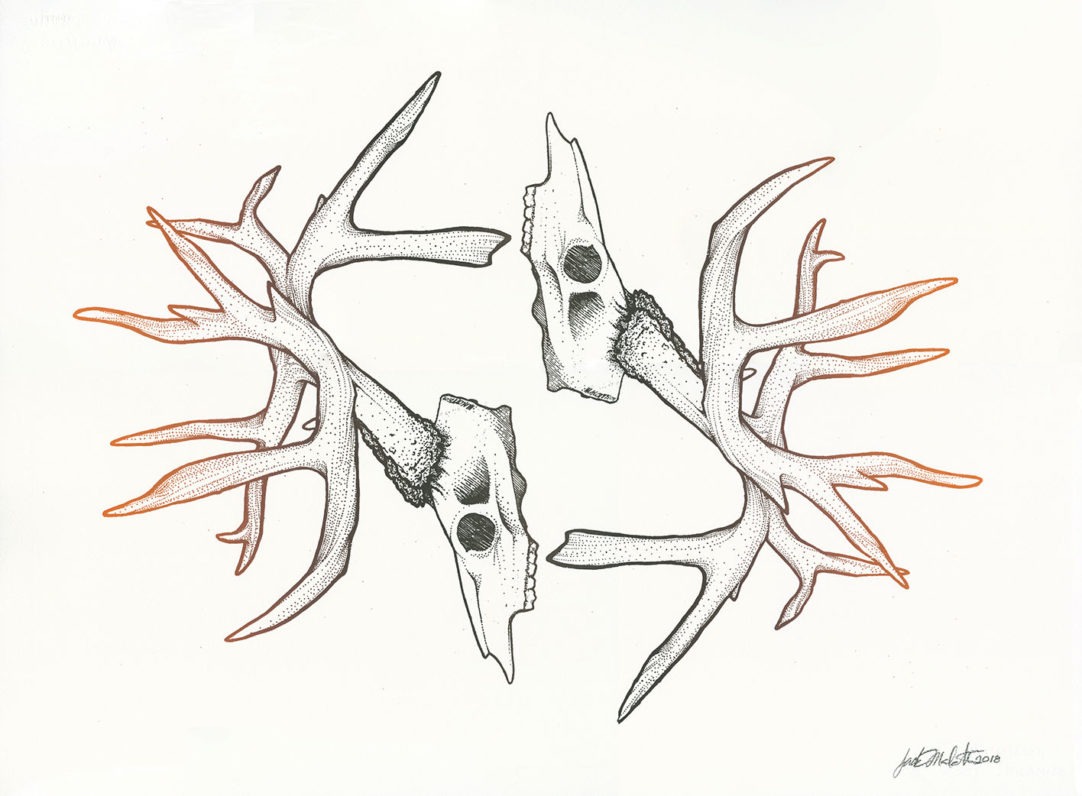